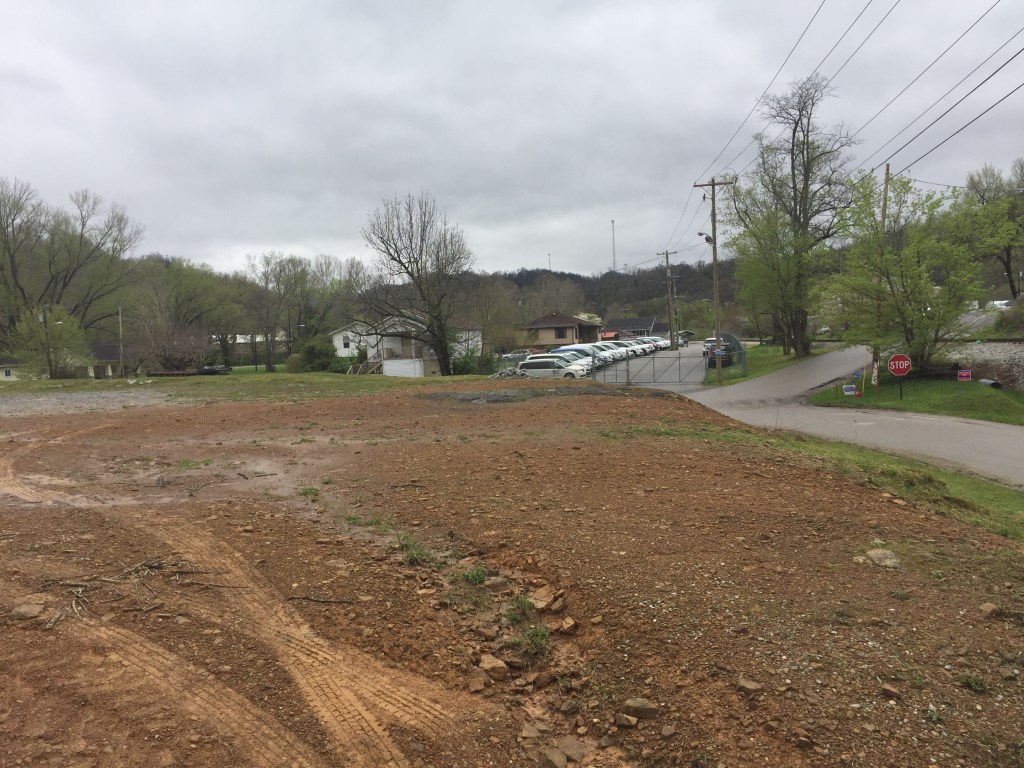 This vacant lot in Sunshine is earmarked as the future location of a new station for the Sunshine Volunteer Fire Dept./Photo by Joe Asher

During a special called meeting on Thursday, the Harlan County Fiscal Court approved a contract with McKnight & Associates for the construction of a new facility in Sunshine near the former Croushorn and Smith location.

Harlan County Judge-Executive Dan Mosley talked about the specifics of the project.

“The contract was approved today to construct the new fire station in Sunshine, which has been a long time coming and anticipated for many years,” Mosley said. “Sunshine covers the largest geographical area in our entire county.”

“They’ve been confined to space in the CAA (Community Action Agency) building for many years,” Mosley said. “They don’t have enough room to properly do what they do for training purposes or for storage of equipment, and they need a new station that they can call their own.”

Mosley explained the majority of the expense for the new facility will be covered through state and federal grants, with the county covering 25 percent of the total cost.

“Fortunately, with state and federal funding that we’ve been able to obtain, this project is able to come to fruition,” Mosley said. “We have been awarded funds that will cover 75 percent of this project cost and only have 25 percent local commitment.”

Mosley explained the county will contribute approximately $600,000 toward the project, which was already appropriated in this fiscal year’s budget. The cost of the total project is approximately $2,287,000.

Mosley pointed out the project has faced delays because the building materials have been in short supply.

“That’s what has dragged this process out for a little bit longer than we’d hoped,” Mosley said.

The project is expected to be completed within 18 months.

“We’re excited,” the project manager for McKnight and Associates,Duston McNew, said. “This has been a work in progress. It’s been a good process so far, working with both the judge-executive and the architect. We’re excited to finally get to work to serve the good people of Harlan.”

District 4 Magistrate Jim Roddy, serves the area where the facility will be locate and pointed out the men and women of the Sunshine Volunteer Fire Department will make good use of the facility.

District 3 Magistrate Paul Browning expressed his support for the project.

“It’s a great day for the people of Harlan,” Browning said. “Our number one duty is serving and protecting the citizens of this county.”