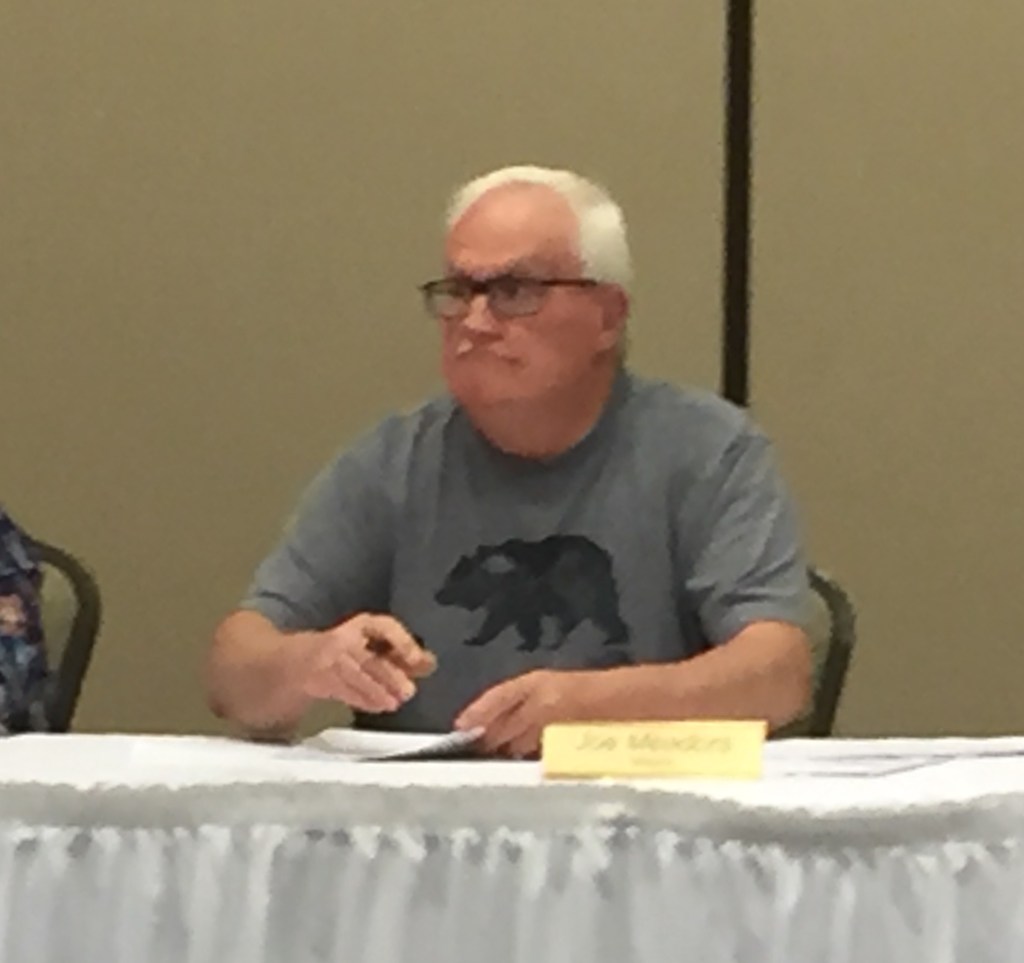 The Harlan City Council heard an update on work to be scheduled in the city in the near future during the panel’s regular April meeting.

Harlan City Mayor Joe Meadors brought the council up to speed on the matter.

“We’re still awaiting word from the governor on what we may be able to get in discretionary paving money,” Meadors said. “That’s going to be what’s going to happen this summer. When the Lt. Governor was scheduled to be here a couple of weeks ago and she had to cancel because of a family emergency, she was bringing us word on this additional sidewalk repair money.”

Meadors gave a few specifics about the work for which the city is planning to use the funds.

“This discretionary money – we’ve applied for a little bit less than $200,000 – that will be for Mound Street, part of Clover Street, Williams Street, Second Street and First Street,” Meadors said. “Hopefully, we’ll get all that money. We’re going to mill the streets, we’re gong to try to get them back down to where they need to be so we’ll have a curb there…hopefully we’ll find out something on that pretty quick.”

Meadors also updated the council on the city’s expenses.

“Before you are the bills for payment for the general fund and the sewer department,” Meadors said. “We’re trying to keep our old equipment up and running.”

Meadors said a large amount of time has been spent cleaning and greasing the city’s salt trucks so they can be parked for the summer.

“I don’t know how much longer our salt trucks are going to last,” Meadors said. “They’re just about at the end. We keep pouring money into it…we may have to consider getting something else.”

Meadors said he had spoken to multiple county officials in search of information concerning leasing vehicles.

“They lease a lot of their vehicles,” Meadors said. “It appears to be working for them, and they say in the long run it saves quite a bit of money. I don’t know how much the initial outlay would be, but we’re going to have to look at that…we’re going to have to try to find either good used (vehicles) or maybe lease some new ones.”

Meadors told the panel the state is expecting some surplus vehicles to be available within the next few months which the city may consider acquiring.

The council passed a motion to approve the bills with no objections.