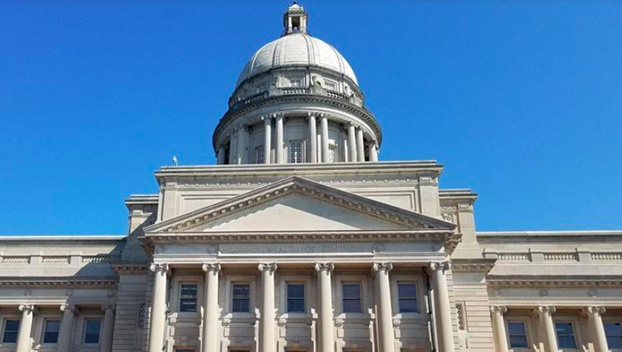 See what state Senator Johnnie Turner thinks about the issue on page 4 of the print edition or click https://www.harlanenterprise.net/2022/03/27/news-from-frankfort-opposes-sale-of-kentucky-power-to-liberty-utilities-co/

Liberty is a subsidiary of Canadian energy giant Algonquin Power & Utilities, with a business plan that emphasizes renewable energy, bringing concerns to many that higher monthly bills for consumers could follow. According to the U.S. Energy Information Administration, Kentucky, a state rich in natural resources, ranks 30th in the nation in cost of electricity prices for residents while California, a state boasting some of the highest renewable penetration rates in the country, has the 4th highest cost of electricity for residents.

With the potential approval from the Public Service Commission (PSC), Liberty will become the region’s sole electric utility provider, essentially purchasing a monopoly over 165,000 residents with no options in the market.

Members of the Mountain Caucus serve as a voice for one of the most economically vulnerable regions in the United States. A region already facing high unemployment and poverty rates. These lawmakers say they are worried this sale will result in even higher energy bills for residents.

Eastern Kentuckians are already paying more than ever to power their businesses and to keep the lights I. Their homes on; a scenario that can leave many while on fixed incomes choosing to pay the electric bill or meet other basic needs.

“As Co-chair of the Mountain Caucus and the Senator representing the 30th district, I have one job and one job only: protect the residents of Eastern Kentucky,” Senator Brandon Smith (R-Hazard) said. “At a time when our people are receiving historically high energy bills, something has to be done to make this right. If I have to stand out here 100 days in a row, I’ll do that.”

Smith is chair of the Senate Standing Committee on Natural Resources and Energy.

The Mountain Caucus has issued a letter (attached) to the PSC urging its consideration of how critical Kentucky coal and rich fossil fuel industry is to the Commonwealth and how Eastern Kentucky must fit into the business model of energy providers.

“This letter to the PSC isn’t about being against a power company, it shows how important power is to our region,” Smith said. “A company coming forward with a heavy push on renewable energy gives me pause. How do you put that many new megawatts of renewable energy into the region without displacing coal, oil and gas, which are proven stable sources of power? We do not want this sale to further exacerbate the struggles our region is facing.”

“Like all Kentuckians, the people and businesses in Eastern Kentucky deserve reliable, reasonably priced electricity,” Cameron’s statement read. “I believe that the proposed sale is unlikely to meet these needs, especially given that the purchasers have a stated mission of “greening the fleet,” by replacing existing coal and natural gas generation with renewable energy.”

“I am aware of the purchaser’s promise to reduce rates in the short term. I appreciate the willingness to do so, however, the concern over long-term rate increases continues to be a sticking point. My team has expressed these concerns to the PSC and in meetings with Liberty Utilities,” Cameron concluded.