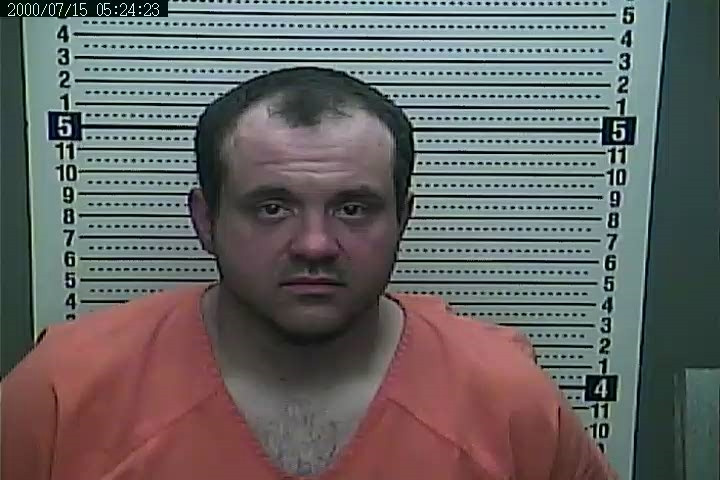 Eric Jason Smith, 35, of Cranks, faces charges including possession of methamphetamine after allegedly being found passed out in a vehicle, according to the Harlan County Sheriff’s Office who arrested Smith March 16.

A Harlan County man is facing charges including possession of methamphetamine after allegedly being found passed out in a vehicle.

Eric Jason Smith, 35, of Cranks, was arrested by Harlan County Sheriff’s Deputy A. Reynolds on March 16.

According to the citation, Harlan County Sheriff’s Deputies responded to a call advising an individual being unresponsive in a vehicle with the vehicle stopped and partially in the roadway. When deputies arrived, he observed Smith in the driver’s seat of a 2003 Chevorlet Cavilier. Smith appeared to be unconscious and would not respond to verbal attempts to awaken him. The vehicle was running and in gear.

Smith was charged with first-degree possession of a controlled substance and operating a motor vehicle under the influence. He was lodged in the Harlan County Detention Center.

In other police activity:
• Tracy Taylor, 46, of Mary Alice, was arrested on Thursday by Harlan County Sheriff’s Deputies assisted by officers from the Office of Probation and Parole. He was charged with first-degree possession of a controlled substance (methamphetamine), and possession of a handgun by a convicted felon. He was also served with a indictment warrant for flagrant non-support and persistent felony offender as well as a bench warrant for probation violation. He was lodged in the Harlan County Detention Center;

• Calvin Turner, 64, of Evarts, was arrested by Harlan City Police Officer Powell on March 16. He was charged with first-degree possession of a controlled substance, license to be in possession, no registration reciept, failure to produce insurance card, failure to wear seat belt and operating a motor vehicle under the influence. Turner was lodged in the Harlan County Detention Center.

With Love from Harlan Ceases Operations