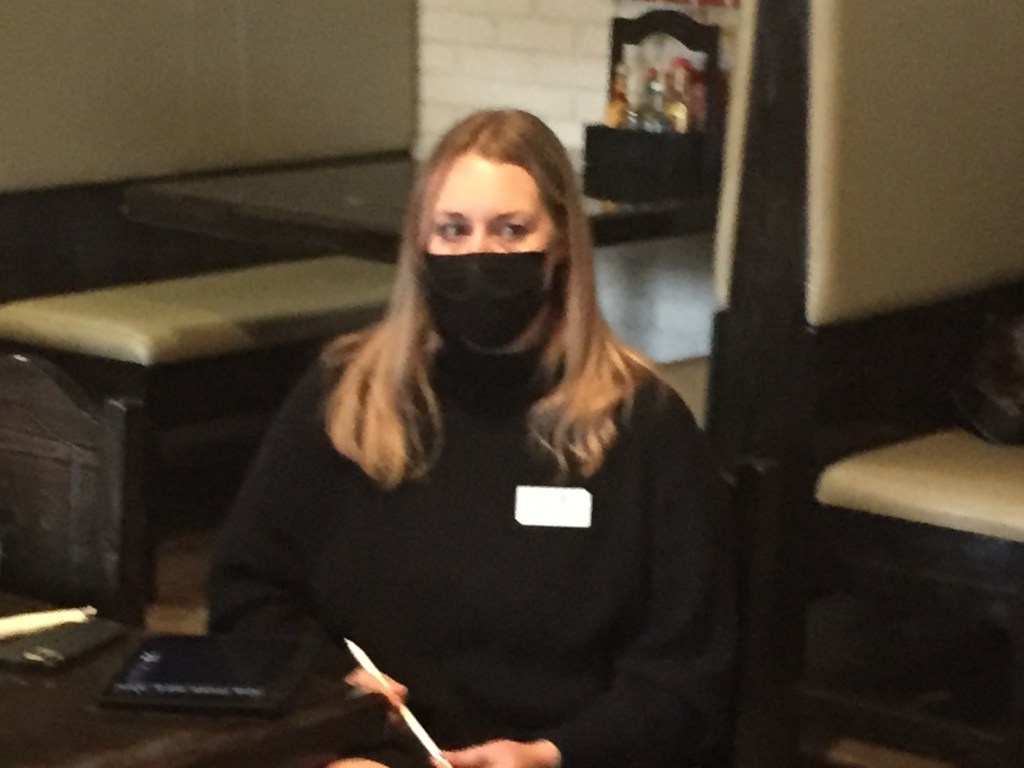 SEKRI representative Hannah Burkhart spoke to the Harlan Chamber of Commerce during a recent meeting. (Photo by Joe Asher)

The Harlan County Chamber of Commerce heard from a representative from Southeast Kentucky Rehabilitation Industries (SEKRI) during a recent meeting.

SEKRI representative Hannah Burkhart advised the Chamber on some of the aspects of SEKRI.

“We have an office here in Harlan and in Cumberland,” Burkhart said. “About 75 percent of our workforce are people with disabilities.”

According to Burkhart, SEKRI produces products such as hats, tents, and other items via a federal contract.

Burkhart explained SEKRI provides transportation to work to their employees via the Community Action Agency.

“Usually, somebody will come to us and tell us they need help with transporation to and from, or even during lunch,” Burkhart said. “We will work with them.”

According to the organization’s website at https://www.sekri.org, the history of SEKRI begins in 1971 in Corbin.

“SEKRI, Inc. was established in Corbin, Kentucky in 1971 for the purpose of serving people with mental and physical disabilities. At that time, there were virtually no employment opportunities in Southeast Kentucky for people with significant disabilities. Various government agencies and school systems began referring individuals with disabilities to SEKRI to learn basic work skills,” states the website.

The website explains SEKRI began producing sewn products for the United States Military in 1993, at which time SEKRI moved into a 30,000 square foot facility. SEKRI’s military apparal manufacuring operation reached nearly $2 million in annual sales by 1996, with the organization opening additional facilities which allowed SEKRI to serve the disabled communities in those areas. SEKRI now operates seven different facilities throughout the region, employing over 700 individuals.