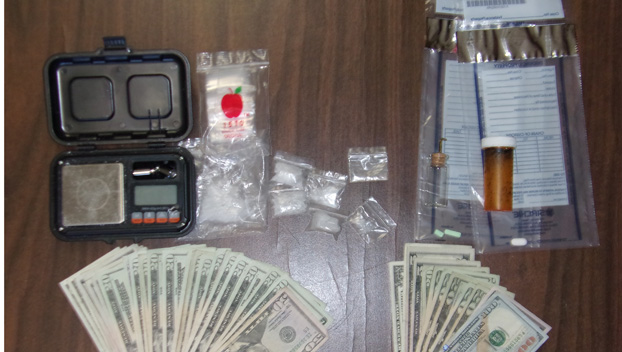 Harlan County Sheriff’s Office discovered drugs, cash and scales when they arrested a trio of folks on drug charges Tuesday at a residence in Pansy.

Juanita Robinson, Paul Muncy and Christopher Cargle face various drug charges stemming from the bust, according to a press release from the sheriff’s office.

The case remains under investigation by the Sheriff’s Office, which was assisted by Kentucky State Police.

Information was received that an Robinson, 38, of Harlan had several active arrest warrants was at Muncy’s residence in Pansy, according to a press release from the sheriff’s office. She was arrested on a Bell County Arrest Warrant for Escape 2nd Degree and Assault 3rd Degree.

The warrant was obtained by Pineville Police Department and stated that Robinson had escaped custody of the Bell County Detention Center while receiving medical treatment at the Pineville Community Health Center on Dec. 29 and assaulted a Bell County Deputy Jailer. She was also served with a Bell County Circuit Court Bench Warrant for Failure to Appear.

Methamphetamine was also located on Robinson, according to the sheriff’s office. She was additionally charged with Possession of Controlled Substance 1st Degree (Methamphetamine) and Escape 2nd degree.

Through further investigation, a large amount of Methamphetamine, Heroin, prescription medication, baggies, scales and cash was located in Muncy’s home.

All subjects were lodged in the Harlan County Detention Center.