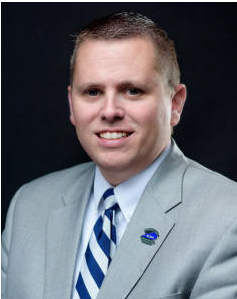 The Harlan County Fiscal Court discussed the pros and cons of switching to the Hyper-Reach emergency notification service during a recent meeting.

“I know it’s a system that is similar to what we do now with severe weather alert notifications,” Mosley said. “We’ve been looking at how to upgrade that system…we’ve found some issues with the (current service).”

Mosley mentioned recently the current system had failed to send out a severe thunderstorm warning, which then had to be sent out manually.

“Fortunately, this occurred at approximately 10 a.m., we were able to know it hadn’t gone out and manually trigger the alert,” Mosley said.

“I notified (the current service) of the problem, and they weren’t very responsive,” McGill said. “We’ve been having problems the last couple years.”

According to McGill, Hyper-Reach had contacted him previously.

“They offered the exact same options, and a few upgrades as well,” McGill said. “The entire county could benefit from this.”

McGill told the magistrates there is also a cost difference, with Hyper-Reach coming in cheaper than the current service.

“It’s about $3,000 cheaper,” McGill said. “I’ve talked to the 911 board about this, and they’re recommendation is we should switch to Hyper-Reach.”

Mosley asked when the county’s contract with the current service expires.
“The contract will be up next December,” McGill said.

McGill advised the current service has indicated the county would receive a refund should the contract be cancelled. Mosley commented on the timing of changing services.

Magistrate Paul Browning noted he would not be opposed to overlapping service for a small amount of time.
“Safety is always a concern of the court,” Browning said. “If they wanted to go ahead and put something into play in the next month or so…I’m not opposed to that.”

Mosley asked for a motion to approve Hyper-Reach as the new emergency communication notification system effective April 1 and to continue the current service through May 31. Browning made the motion, seconded by Magistrate Clark “Sparky” Middleton. The motion passed with no objections.

In other court activity:
• The court amended the Harlan County Clerk’s budget for 2022;

• The court accepted the Harlan County Clerk’s excess fees check in the amount of $114,000.