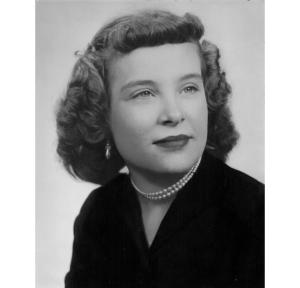 Oma Jean Southerland, 85, born to Steve and Mary (Blevins) Surgener on December 12, 1936, in Cawood, Kentucky, has joined our Heavenly Father on January 25, 2022, after several years of declining health. She was a true inspiration to those who loved her.
Jean was married 40 years to Harold Kay Southerland who predeceased her in 1993. Beginning their lives together in Dayton, Ohio, Jean worked in retail sales and then became a devoted full-time mother to their daughters Debbie and Sherry.
After Jean and her family moved to Cumberland, Indiana in 1967, she was always taking her daughters to various school activities while making sure her home always provided a strong foundation of love and encouragement for which her daughters will always cherish her.
Jean was never afraid to meet a challenge. In 1984, when her husband had a stroke and could not maintain his position as a Vice President of Canteen Corporation in Indianapolis, Indiana, they became part owners of Fox’s Deli of Broad Ripple in Indianapolis. The restaurant business is long hours and hard work, but she never complained. After the deli was sold, she began working at L.S. Ayers and Company in Indianapolis-eventually becoming one of the top salespeople receiving “Diamond Star” recognition. After her husband’s passing in 1993, Jean began working for a family friend, Jay Noel, who had recently opened Abbott’s Also Candy Store in Indianapolis. Jay and his wife Lynn provided a familiar, comforting way forward for Jean as a recent widow, and she continued to work at the store for over a decade. She was forever grateful to them.
After leaving Abbott’s, Jean spent time with her daughters residing in Indiana and Florida as well as family in National City, Michigan- Shird Jones, who she had known since childhood and a nephew, Bob Jones and his family. They all shared many happy memories together.
Jean loved Jesus Christ as her Lord and Savior and spent many years with her husband going to First Church of the Nazarene on the Eastside of Indianapolis after they moved to Greenfield, Indiana, in 1978. Her faith was strong and was very important to her.
John 14:1-3: “Don’t let your hearts be troubled. Trust in God, and trust also in me. There is more than enough room in my Father’s home. If this were not so, would I have told you that I am going to prepare a place for you? When everything is ready, I will come and get you, so that you will always be with me where I am.”
Jean will always be remembered and loved by those who were a part of her life. She is survived by many loving family members including her daughters, Debbie (husband, Rick) Henson and Sherry (husband, Larry) Bradford; granddaughters, Erin (husband, Ben) Shockley and Elizabeth Henson; great-grandchildren, Jacob and Miriam Rose Shockley; beloved sister, Joyce (husband, Gary) Schlict; Shird Jones and nephew, Bob (wife, Kathy) Jones and family; as well as many other extended family members.
Jean was preceded in death by her parents, her husband, and her siblings- Betty, Margaret, Peggy, Leon, and John.
A private memorial service is being planned.
Stillinger Family Funeral Home, Hendryx Chapel – Cumberland, has been entrusted with arrangements. If you would like to leave a condolence for Jean’s family, please visit www.stillingerfamily.com