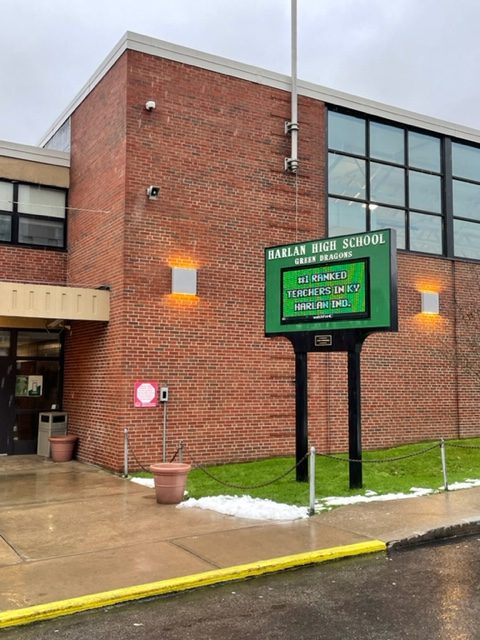 Chelsea Clem, and I suspect others, were not happy about a hastily written headline, if you want to call it a headline, posted to social media that led into a sports story about a Harlan High School basketball game. Posted next to the link of the story, the lead-in said something to the effect of “to end the day on a high note.”

Though the basketball players in the story’s photo were jumping very high in the air underneath the basket, Harlan lost a big game in the tournament so it was a poor choice of words.

Realizing my mistake, I quickly took down the post that wasn’t up but a few short minutes (long enough to heat up a microwave meal for dinner after a working a neverending shift), then posted a new link, reinserted a new headline. Story appears on page B1. Players of the game too — Jordan Akal and Jaedyn Gist.

Didn’t matter that the issue was fixed — Clem gave me hell. That’s OK. Maybe she is justified.

From what I gather from Clem and others, Harlan Enterprise has not always been fair to the Green Dragons. I’m not sure about the reasons why, though I can sympathize.

For decades, the mainstream media has not been particularly fair to some Americans. Tends to make folks kind of angry when the media and talking heads unfairly label and stereotype half the nation day after day, particularly those living in rural America. I hate media bias. I hate the media-driven stereoptypes — Beverly Hillbillies, Snuffy Smith, being called “deplorables.”

So since Clem accused the Harlan Enterprise of bias against one school vs. another, I’ve decided to take this opportunity to say to the community — no, we are not that way at all.

I don’t know what was written in the past in the pages of this newspaper, but in the last few weeks since I’ve been editor we’ve had front page stories featuring Harlan schools. Last week, there was a front page story about Harlan’s Academic Team winning another District championship.

And we’ve had more than a few schools’ honor rolls be published with the names starting on the front page. And this week features the Green Dragons’ cheerleading team which placed 1st during the in-game competition at the All-A Classic State Tournament last Thursday in Richmond.

On that note, if any school’s cheerleaders or any other school team wins a big title, that news deserves to go on the front page!

It’s good to that the folks in Harlan are dedicated to their schools.

All that said, I’m aware that we have a lot to do to build bridges, regain trust in the community.

Miles Layton is editor of the Harlan Enterprise.