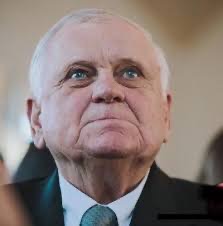 Did you ever have a childhood best friend that you haven’t heard from in ages?

I guess we all have. I did and his name was Eddie. He lived a few doors up the street from my maternal grandparents.

Our friendship began with a fist fight. It started to determine which one of us would be the leader of the neighborhood pack. The fight was a draw as my grandmother came out to send him home and me to the porch to cool my heels.

I can’t recall when or where; but, we came to terms later and spend the next several years as pals, even to the point of becoming “blood brothers” like in the movies.

Although, we only spit on our wrists instead of cutting them.

Speaking of movies, it was a movie that almost ended our relationship a second time. He called one day, when I was in town, asking if I wanted to go to the movies. I asked what was showing and he said he didn’t know but, it was about the Royal Canadian Mounted Police.

I said OK. If it has Mounties in it, it’s got to have plenty of action. It turned out to be “Rose Marie” with Nelson Eddy and Jeanette McDonald. That had to be the longest, and most boring, movie two pre-teen boys have ever sat through. I didn’t speak to Eddie for several weeks.

I bring that up as it was recently on TV and my wife, sarcastically, called me inside to see if I wanted to watch it with her. I declined, telling her something like “I had rather go back in the garage and trim my toenails with the hedge clippers”. Not that I carry a grudge however.

Back then there was a vacant lot nearby that was a baseball diamond in summer time and football gridiron in the fall. It was next to the highway department shop and if you hit a foul ball over their chain link fence, you were out unless you climbed over and retrieved the ball.

Eddie was a good athlete and I wasn’t bad either; so, we made a good team. We would swap gloves when playing baseball. He liked my Ferris Fain model first baseman’s mitt and I used his Luke Appling fielder’s glove. Luke’s last year in the majors was 1950, and Ferris retired five years later. That just shows how long ago I’m talking about.

You know how good buddies we had become to allow someone else to use your glove. Later, in what limited career I had, there was no way I would allow anyone to touch my glove. It was molded to the way I wanted and any other hand could change that. They could also put a hex on it. Baseball players, even old self-proclaimed ones like me, are a superstitious lot.

A few years ago I passed through the area and went through the old neighborhood. The highway department has moved to a new and bigger facility, and the fence is rusty. Our “ballpark” is still there but, I can’t believe how much it has shrunk.

It was a drive through trip and I didn’t have time to stop and inquire about Eddie. I am not sure I wanted to anyway. I would rather remember the carefree, young blond haired kid I knew at that moment in time.

That’s the memory I want to keep. Thanks for listening.

God bless and have a great day.