The Evarts City Police Department brought back their Cops 4 Kidz program this year after a one-year absence. Last year’s Cops 4 Kidz was cancelled due to the COVID-19 pandemic.

According to Evarts City Police Chief Owen Noe, this year’s event took place without any problems.

“It went wonderfully,” Noe said. “We had a total of 14 kids taken care of this year.”

Noe stated the children were treated to presents such as coats, socks, toboggans and toys. The children also all received an extra special gift.

“Each of them got a bicycle,” Noe said. “We purchased an age-appropriate bicycle for all of them.”

Noe explained this year, they used the concept of an Angel Tree, with the children all spending some time with the four officers who make up the Evarts City Police Department.

“We called the parents of the children and set them up a scheduled appointment to come meet with the officers, and Santa, of course,” Noe said. “We had cupcakes, pizza and juice for them. We spent about an hour with each recipient and they would mingle with the Evarts Police Officers. Mayor Eddie Manning also sat in and talked with the children.”

“Some kids see us only at a bad event in their lives,” Noe said. “This way, they see us during a good time in their life.”

Noe explained the department gave the children as many of the items they asked for as was possible.

“They all made a list of what they wanted,” Noe said. “We had very generous donations from a lot of people and business owners who made it happen.”

Noe mentioned there were many doners from across Harlan County, not just in the Evarts area.

As for who had the most fun, it was hard to say for sure.

“That’s a toss-up,” Noe said. “I think the mayor (Evarts Mayor Eddie Manning) had more fun that anybody, just sitting there watching everything. I think we enjoyed it more than the kids, and that’s why we do it. We don’t do it for the publicity, we do it for the kids.”

Noe added all the sponsors of the event are appreciated. He also mentioned he would like to see the program include children from all over Harlan County in the future. 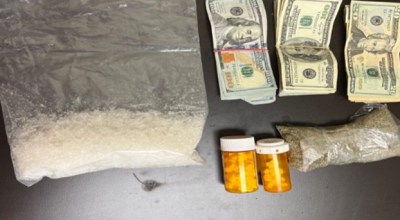