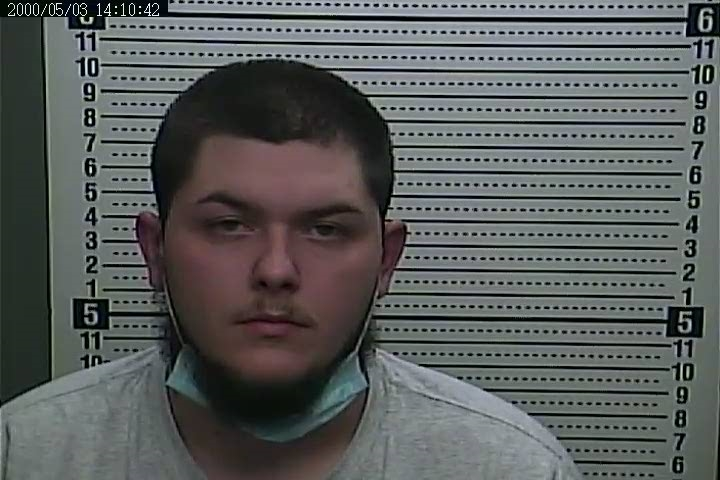 A Harlan man is facing a charge of rape after allegedly forcing another person to engage in sex.

Donald Lamb, 25, was arrested on Sunday by Loyall City Police on a complaint warrant.

According to the complaint, Lamb allegedly committed rape in the first degree by using forcible compulsion to engage in sexual intercourse with another individual on Feb. 17, 2018, in Harlan County.

Lamb was charged with first-degree rape. He was lodged in the Harlan County Detention Center on a $25,000 full cash bond.

• Sherri Stewart, 51, of Evarts, was arrested on Sunday by Evarts City Police Officer W. Witt. According to the citation, Witt was at the Evarts Post Office when he observed Stewart coming up to the door of a building and going back inside. Further investigation determined Stewart had her belongings and a pallet laid out on the floor.

Upon contact with Stewart, Witt observed her place a clear baggie in her pocket. Witt checked for warrants and discovered Stewart had an active warrant out of Bell County. Stewart was found in possession of a clear baggie containing a white crystal-like substance believed to be methamphetamine.

Stewart was charged with first-degree possession of a controlled substance (methamphetamine). She was addition served with a bench warrant. Stewart was lodged in the Harlan County Detention Center on a $1,500 full cash bond;

• Devin Shephard, 31, of Baxter, was arrested by Harlan City Police Officer Powell on Dec. 29. He was charged with receiving stolen property $10,000 or more, operating a motor vehicle under the influence, operating on a suspended or revoked operator’s license, and possession of drug paraphernalia. He was also served with multiple bench warrants for failure to appear. Shephard was lodged in the Harlan County Detention Center on multiple full cash bonds totaling $3,500.