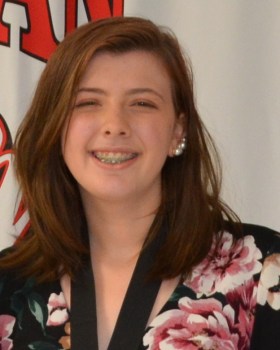 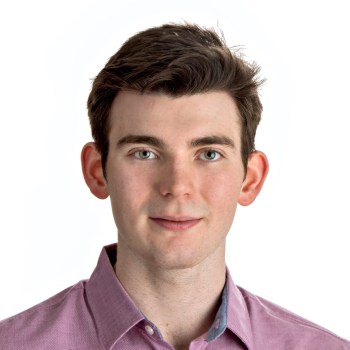 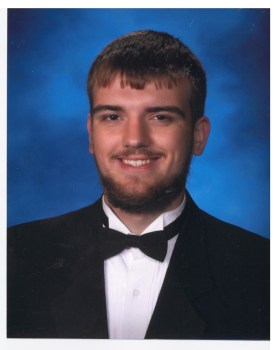 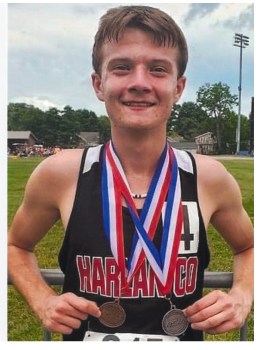 An induction ceremony was held for four 2021 Harlan County High School graduates as they became the newest members to the prestigious Frank Brittain Academic & Athletic Hall of Fame.

The hall of fame was established to honor the memory of longtime Harlan County educator Frank Brittain, whose family provided financial support to make the program a reality.

Dean was valedictorian of her high school graduating class, earning a 4.0 grade point average while taking multiple honors classes and obtaining 38 hours in dual credit classes. She had a composite score of 31 on the ACT, with a super score of 32 and a perfect score of 36 in reading.

Dean was a Kentucky Governor’s Scholar and chosen for the Questbridge National College Match Program. She received the BLS Provider certification and Heart Saver First Aid CPR. She also competed with the academic team in the Kentucky Governor’s Cup, and the SEKAI Tournament for math, science and quick recall, cross country, track and field, multiple plays and the color guard.

Dean was named to the University of Kentucky Lewis Honors College and Engineering LLP. She is studying biomedical engineering with a pre-medicine track.

She is the daughter of Pleas and Samantha Dean.

Edmund Dye
Dye was the valedictorian of his high school graduating class, earning a 4.0 grade point average while taking honors, dual credit, and Advanced Placement classes. He earned a composite score of 34 on the ACT as a sophomore.

A 2020 Kentucky Governor’s Scholar, he was selected into the 2020 Governor’s School for the Arts in vocal music and was an alternate for that program in 2019. He earned a multitude of medals in Arts and Humanities, Social Studies, Quick Recall, and Future Problem Solving at the district and regional levels with the Harlan County High School Academic Team.

Dye was a 2020 KMEA All-State member in the TTBB Men’s Choir, as well as a KMEA All-Festival Choir member in 2017 and 2019. He was Harlan County High School’s 2019 Hugh O’Brian Youth Leadership Conference participant. . He was the Varsity and JV Academic Team Captain.

He was an active member of the National Honor Society, Beta Club, Sociedad Honoraria Hispanica, Gifted and Talented, Academic Team, Choir, and Drama Club. He volunteered with the Wallins Fellowship Center and Harlan Public Libraries, as well as many other organizations. He was chosen for a Gear Up scholarship to attend the Eastern Kentucky University Colonel’s Now program. He attends the University of Kentucky as a Presidential Scholar in the Lewis Honors College.

He is the son of Gregory and Carla Dye.

Caleb (Brock) RigneyRigney was an outstanding cross country and track and field athlete, earning state runner-up honors in the Kentucky High School Athletic Association’s State Track and Field Championships with a time of 4:22 in the 1600 meters in Division AA.
He established numerous school records and excelled at the local, district and regional levels while winning numerous accolades for his speed. He was named the Area 9 Runner of the Year for cross country and was first team all-state in the 1600 and second team all-state in the 800 meters. He holds conference championships in the 1600, 800 and the 4×800 relay.

He earned a 3.92 grade point average while taking honors and dual credit classes. He was a member of the National Honor Society, Gear Up Club, and a proven community volunteer. He was awarded an athletic scholarship to Lincoln Memorial University where he runs cross country and track and field. He entered the physical therapy program majoring in exercise and rehabilitation science.

He is the son of Shawn and Heather Rigney.

Brett O’Brien Roark
Roark was valedictorian of his class, earning a 4.0 GPA and a 33 composite score on the ACT. He earned a perfect English ACT score of 36. He took all available honors class and earned 26 dual credit hours including four dual credit hours in Gross Anatomy from Lincoln Memorial University.

In 2017, Roark was named as a Rogers Explorer and in 2018 attended the prestigious United States Naval Academy Summer STEM program in Annapolis, Maryland.

Roark was a 2019 he was a Rogers Scholar and a 2020 Kentucky Governor’s Scholar.

He was named to the Academic All-State football team in 2019 and 2020 and named to the first team all-region football team in 2020. In 2016, Brett started both offensively and defensively on the Middle School State Championship Harlan County Patriots football team. He participated on the academic team throughout elementary school and high school earning numerous first place finishes at the district and regional level. He advanced to the state level of academic competition in middle school two consecutive years.

Roark played football four years, was on the academic team four years, in the BETA club three years, and in the national Honor society one year. He is attending the University of Kentucky College of Engineering and Lewis Honors College on a full tuition Presidential Scholarship.
He is the son of Brent and Kristina Roark.