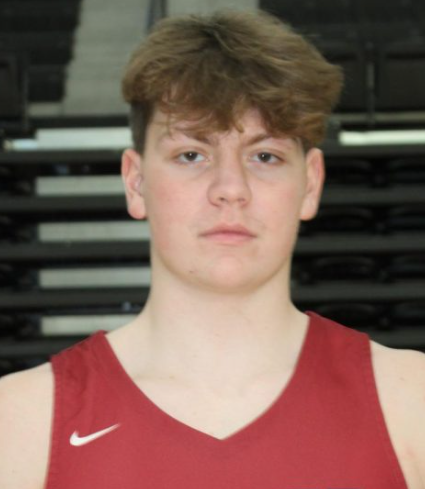 The Black Bears saw a 10-point, third-quarter lead change to a tie game, but Harlan County used a 29-22 run in the final period to go 4-0 in the three-day event.

“We watched Lakota physically win two games this week, so we had to match their toughness and for the most part we did,” said Harlan County coach Michael Jones. “Proud of the way we fought today.”

The Black Bears jumped out to a 24-15 advantage after one quarter on nine of 18 shooting from the field. Maddox Huff and Noah knocked down four baskets apiece.

When the Thunderbirds tied the game in the third period, HC went on a 10-2 run and led 58-50 entering the final quarter.

The Black Bears connected on 17 of 20 free throws in the final eight minutes. Noah and Swanner hit five each as HC outscored Lakota 29-22 in the fourth quarter.

The 10-3 Black Bears were scheduled to visit Pikeville (10-1) on Monday. HC plays host to Knox Central on Thursday and faces Madison Central on Saturday in the Tim Short Automobile Classic at George Rogers Clark.

Opening day wins
Due to scheduling changes to the tournament, the Black Bears were forced to play two games on the first day.

HC got 21 points from Noah while Jackson Huff and Maddox Huff each scored 13 in a 74-61 win over Heritage (Va.).
Cooper and Carmical scored eight apiece. Swanner tossed in five. Jaycee Carter, Hunter Napier and Brody Napier each added two for the Bears.
Kyle Ferguson, a senior forward, led Heritage with 27 points.

The Huff brothers each had two 3-pointers as Harlan County led 21-9 after one quarter.

The Bears took a 31-20 halftime advantage.

Noah scored eight points in the third period as HC went ahead 54-37.

Carmical nailed a pair of treys and the Bears hit seven of eight free throws in the final quarter.

In the nightcap, Noah broke the school record for points in a game with 40 as Harlan County defeated Metrolina Christian (N.C.) 92-85.

The sophomore guard also connected on eight 3-pointers.
“He made some really tough shots,” said Jones.

HC trailed 19-14 after eight minutes but pulled within two, 41-39 at halftime.
Noah poured in 14 third-period points giving the Bears a 66-58 advantage.

Carmical scored eight points while Swanner and Noah added seven each in the final quarter.

Noah, who recently joined a school’s 1,000-point club, powered the Bears with 30 points and 11 rebounds. Carmical poured in 20 while Swanner scored 10.

Gabe Demorest, a junior guard, paced the 5-9 Knights with 24 points.

North Raleigh Christian only dressed six players.
Noah fired in 13 points as HC led 25-14 at the end of one period.

Carmical knocked down three 3-pointers in the second quarter to make it 42-33 at the half.

The lead swelled to 71-44 after three quarters.

“The tournament was a success,” said Jones. “We had five out-of-state schools who were tremendous in all aspects.

“A big thank you to Mr. (Eugene) Farmer for putting this event on for our school and our community.”