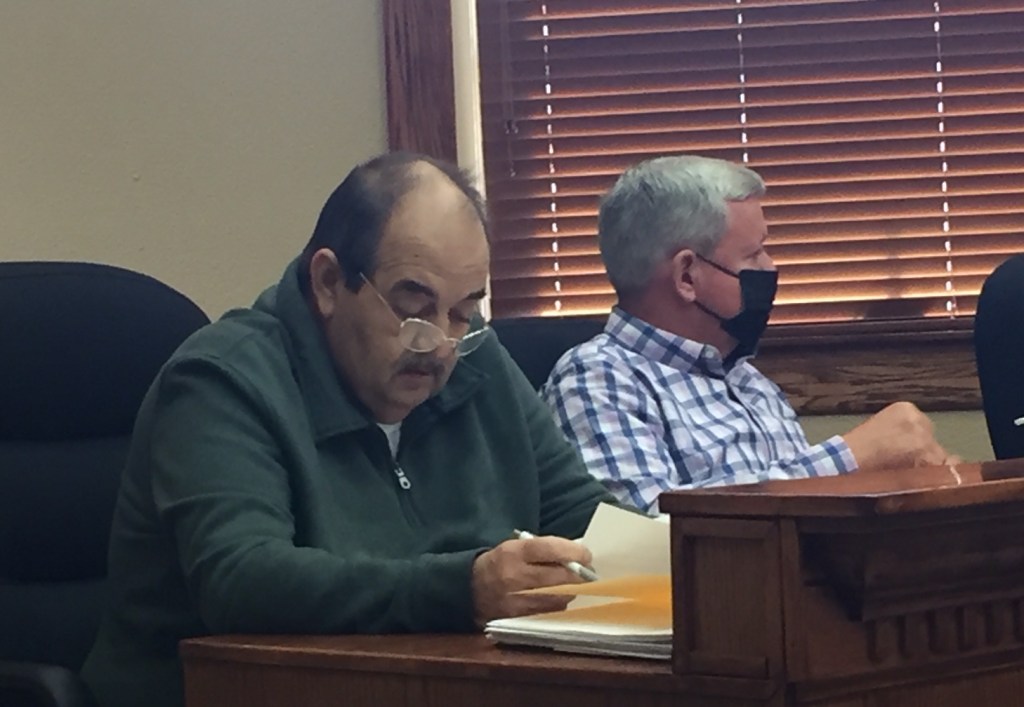 The Harlan County Fiscal Court addressed some issues with county roads including the construction of a roundabout during a recent meeting.

Harlan County Judge-Executive Dan Mosley brought the topic before the magistrates, asking if there were any roads in the county requiring attention.

Magistrate Bill Moore mentioned a road in his district that had previously suffered a mudslide.

“Red Bud Hill, we had a slide there a while back,” Moore said. “I’d like to get that fixed.”

Mosley stated work had been done on the Rose Bud Hill slide approximately two years ago.

Mosley also advised the court about some extensive work being done by the state involving the installation of a roundabout at the intersection of KY 38 and KY 72.

“The roundabout project…has been a highly debated transportation project,” Mosley said. “I just want to make it very clear; this was not a Fiscal Court project. This was a project that was identified by the Kentucky Transportation Cabinet and the Federal Highway Safety Program as a highway safety improvement project.”

Mosley explained the project was chosen by the state because of the high volume of vehicle accidents and pedestrians being struck by vehicles at the intersection.

“The solution that was identified by the transportation safety engineers and experts was a roundabout,” Mosley said. “Those roundabouts historically, everywhere they’ve been constructed the data show…there are less accidents when you have a roundabout.”

The roundabout will be designed to accommodate large commercial vehicles.

“This is called a low curb roundabout,” Mosley said. “This will accommodate commercial vehicles such as coal trucks to not have to go all the way around, large trucks will be able to go across…that is one thing they’ve designed as part of this (roundabout).”

The roundabout is being installed in conjunction with the project to replace the Main Street bridge, Mosley said. He explained the former bridge was not rated to accommodate the amount of commercial traffic using it.

“The bridge needed replaced,” Mosley said. “They combined the two projects together, bid them as one. Both (projects) are federally funded. The engineering estimate on the project was a little over $2.5 million. The low bid came in at $1.975 million.”

Mosley pointed out the county is not involved in the roundabout/bridge replacement project.

“It’s a state project,” Mosley said. “It was not this court’s idea. However, personally I’ve witnessed three car collisions and one pedestrian struck at that intersection. So, it is my hope that their solution helps reduce those types of things from happening in the future. Time will tell, but historical trends in every other place they’ve been constructed show that it will reduce wrecks.”