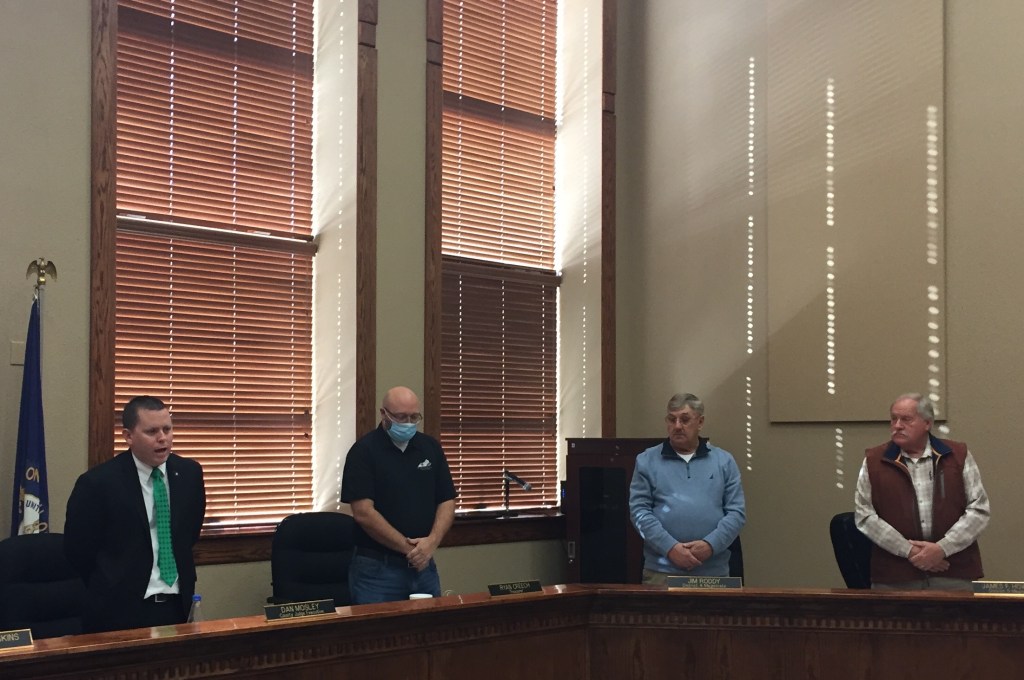 “Given what our state has experience…with the severe tornadoes that touched down in western Kentucky, south central Kentucky and other parts of the state, we’ve seen a lot of folks that went to bed that night and didn’t wake up,” Mosley said. “It’s a terrible tragedy. We’ve experienced a lot of natural disasters here the last several years…fortunately, here, we’ve not seen anybody killed in a natural disaster in the last several years.”

Mosley mentioned the death toll in western Kentucky was more than 70 as of the time of the meeting.

“This Christmas season, we’re always mindful of the blessings we have in our lives,” Mosley said. “But, when things like this happen, it makes you even more thankful for what you have everyday…as we see people with a terrible loss this morning, I’m asking that before we pray that we have a special moment of silence to remember the folks that have been lost and pray for those that are still picking up the pieces of their lives.”

The court then observed a moment of silence.

Emergency Management Director David McGill was asked to offer a word of prayer for the people impacted by the storms.
Following the prayer, Mosley advised the court he had been in contact with multiple counties about the situation in western Kentucky.

Mosley said the consistent message from officials in the impacted counties was they have a large number of items such as food, water and clothing, but they do not have enough places to put the donations that are coming in. Additional items will likely be needed in a few weeks.

“If you want to give money that goes directly to one of those counties, there are independent tornado relief funds in each of those particular communities,” Mosley said. “If people want to do something to help right now, monetary donations to reputable organizations are the most important thing you can do.”

The state of Kentucky has set up the Team Western Kentucky Tornado Relief Fund. For more information or to make a donation, go to https://secure.kentucky.gov/formservices/Finance/WKYRelief.