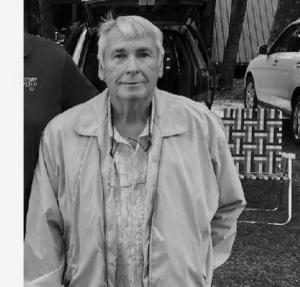 Danny Dee Mitchell, 72, of Lebanon, Tennessee, went to heaven on December 19, 2021, at his home in Lebanon with all his family at his side.

Born in Baxter, KY, Harlan County, on October 4, 1949. He was the son of the late Homer Mitchell and Georgia (Howard) Mitchell.

He was a graduate of James A. Cawood High School, in Harlan, KY. Danny was employed with the FBI for eight months in 1967 and then employed with the Wholesale Food Industry Service for 39 years as an
Office Manager in Maryland and as a Security Officer for 10 years with the Nashville International Airport in Tennessee.

Danny was a member of the James A. Cawood High School Marching Band playing drums. His favorite hobby was fishing with his grandsons and traveling to the beach.

Other survivors include a special cousin Karen Sergent of Baxter, KY.

A viewing will be held at 11:00 A.M. Wednesday December 29, 2021 at the Rairigh -Bence Funeral Home & Crematory, 965 Philadelphia Street, Indiana, PA, followed by interment at the St. Bernard Cemetery, Indiana, PA.

In lieu of flowers, memorial contributions in Danny’s name may be made to the Humane Association of Wilson County at P.O. Box 247, Lebanon, TN 37088; or another charity of your choice.

Online condolences may be offered by visiting rbfh.net