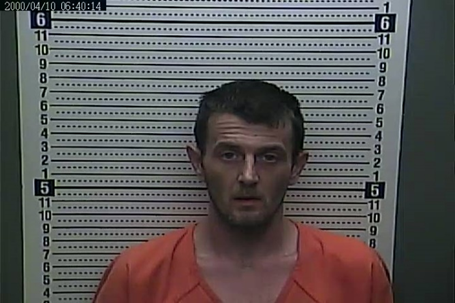 A Cawood man has been indicted on charges including strangulation and kidnapping after allegedly restraining and assaulting a woman.
Charles Clem, 31, was arrested at approximately 1:30 p.m. on Dec. 9 by Loyall City Police Chief Mike Lunsford and served with an indictment warrant and a separate complaint warrant.

According to the indictment, on or about May 11, 2021, Clem allegedly “intentionally and without consent pressed the throat of another with their hands impeding normal breathing or circulation of blood.”

The indictment additionally states Clem allegedly assaulted a female with his fists and caused injury to the woman’s face. Clem also allegedly restrained the liberty of the woman.

The three-count indictment was handed down by the grand jury on Sept. 1.

According to the complaint warrant obtained by Kentucky State Police Trooper B. Pierson, on Nov. 26, Clem approached a female, allegedly grabbed her by the throat forced her into a vehicle against her will and drove off with her and two children in the vehicle.

Clem was charged with second-degree strangulation, kidnapping (adult) 2 counts of kidnapping (minor), and violation of a Kentucky EPO.
Clem was lodged in the Harlan County Detention Center on multiple bonds totaling $100,000.

• Lee Skidmore, 49, of Baxter, was arrested on Dec. 13 by Harlan City Police Officer Powell. He was charged with first-degree wanton endangerment, endangering the welfare of a minor, public intoxication by controlled substance (excludes alcohol), and third-degree terroristic threatening. Skidmore was lodged in the Harlan County Detention Center;

• Edgar White, 40, of Cumberland, was arrested by Cumberland City Police on Dec. 15. He was charged with theft by unlawful taking under $10,000, violation of conditions of release, possession of drug paraphernalia, tampering with physical evidence and first-degree possession of a controlled substance. White was lodged in the Harlan County Detention Center.