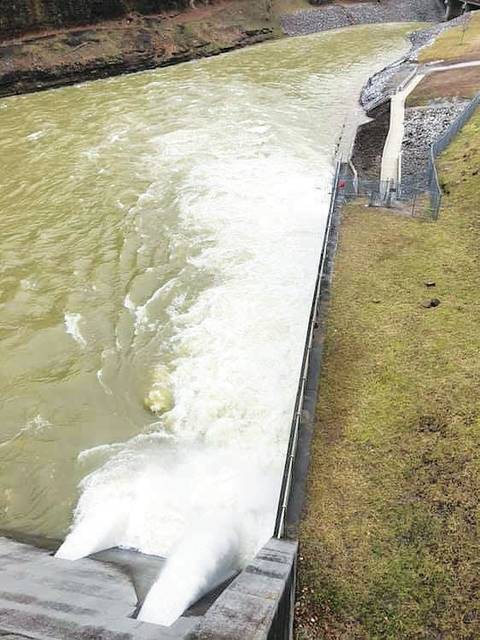 Visitors were urged to use caution when visiting the Martins Fork Dam tail waters and fishing areas where more water than normal is being discharged due to high water.

He is the son of BJ and Stephanie Burkhart of Harlan. Also placing in the tournament were three teams from the Harlan County High School Bass Club coached by Kevin Blakely. The HC team of Dalton Blakely and Parker Short placed 5 th with a weight

total of 5.84 pounds. Placing 6th place in the high school division was the team of Mason Beach and Ethan Rhymer with a weight totaling 5.56 pounds. Coming in 15th place was Peyton Wilson with a total weight of 1.85 pounds.

Competitors were allowed to weigh in their five largest bass. Kobe Burkhart caught only three, and although he competed independently, still managed to grab the third-place title. Burkhart founded the

Harlan County High School Bass Club and as a high school student, advanced to the state tournament. Burkhart was in first place for much of the all-day tournament and ranked under the second-place team by only .2 ounces.

The tournament is hosted by bass fishing champion and celebrity, Brandon Card. The Campbell County Chamber of Commerce, Suzuki, and Navionics hosted the tournament that is now in its sixth year.