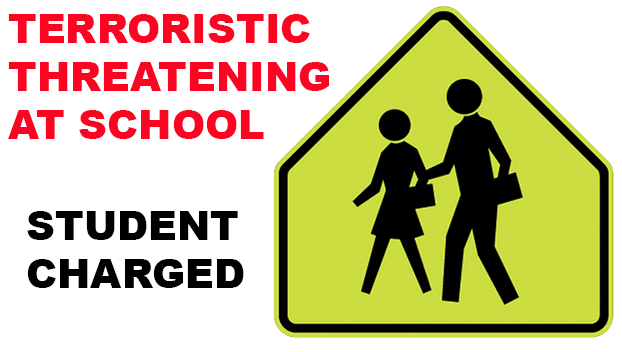 The charge was a result of an extensive investigation conducted by school administration and the Harlan County Sheriff’s Office, according to a press release issued by the sheriff’s department.

The juvenile was taken into custody by the sheriff’s department and transported to the Breathitt County Juvenile Detention Center.

The school system posted to social media that a student made a list of the names of classmates he didn’t like, with some of the names crossed out as “they as they had started being nicer to him.” News of the list went viral on social media.

The school system’s post said when the student was questioned earlier this week by administrators about the list, he agreed not to attend school. The school system said there have been no known threats made in relation to this incident.

“The young man decided at the end of the day, Dec. 7, that the best way to keep his classmates from being afraid was to remove himself totally from the school,” the post said. “The student who created the list met with school administration early this morning (Tuesday) and agreed that he would spend the next two weeks isolated in the school safe room as he knew social media had taken the list he created and turned it into something it was never meant to be.”

The school system posted this statement to social media on Dec. 10.

“Our Harlan County Schools Safe Schools director, our school resource officers, and administrators have continued to collaborate with the Harlan County Sheriff’s Department as they investigated all information received concerning the list of students. Multiple students came forward and spoke directly with school administrators and law enforcement as school officials have urged students to do at all times.

“The students provided information about the ‘list of students names’ incident which was promptly shared with law enforcement. We commend these students and appreciate the way they presented the new information directly to administration and law enforcement. Firsthand knowledge of information is critical and helps us to address any possible fears or concerns in a quick and efficient manner.

“As this is a continuing investigation, we refer any questions to the Harlan County Sheriff’s Department.

“The Sheriff’s Office takes these complaints seriously and is working closely with school officials to handle this complaint,” said the press release from the sheriff’s department. “The safety of our children is our highest priority and all possible actions will be taken to ensure their safety.  The Sheriff’s Office will continue to work closely with school officials to ensure safety and security at schools.”

The sheriff’s department commended the students that provided information to school administration and law enforcement.

“As always, we encourage everyone to provide information they have to school administration or law enforcement,” the press release said.

“On Monday, December 7, 2021, the administration of Harlan County High School was made aware of a list of student names circulating within the school. The student who made the list was immediately identified and questioned about the meaning of the list of names.

“The list was nothing more than first and last names with no title.   When questioned, the student said that he had simply written the names of students he didn’t like and had crossed out some of the names as they had started being nicer to him.

“Out of an abundance of caution, school administration conducted a formal threat assessment on the student following state and district protocol.

“At some point, another student obtained a copy of the list and forwarded it on social media stating that it could be a ‘hit list.’ This was not done by the child who wrote the list. The student who created the list met with school administration early this morning and agreed that he would spend the next two weeks isolated in the school safe room as he knew social media had taken the list he created and turned it into something it was never meant to be.

“The student felt this action would relieve any fears that he was a threat to any of his classmates. By the end of today, social media had continued with numerous untruthful stories about the list of names and possible threats.  The young man decided at the end of the day that the best way to keep his classmates from being afraid was to remove himself totally from our school. The student that wrote the list will not be back at HCHS for the remainder of the month.

“Any fear that may have been created by the list should be resolved with the removal of the student from HCHS.  There was NEVER a threat made by this or any other student to the best of our knowledge at this time. Our Safe Schools Director attempted to contact all parents of children whose names appeared on the list as soon as it surfaced on Monday. There was no general notice posted on the district media or sent to all parents because there was NEVER a threat made related in any way to this incident.

If any student has first-hand knowledge of an actual threat please contact school administration.  At this point, the incident has been extensively investigated by our Safe School Officer, school administration, and local authorities and appears to be social media twists on nothing more than a list of student names.  There have been no known threats made in relation to this incident.

Harlan Public Schools posted this to social media on Dec. 8.

“Throughout the day (Wednesday), all rumors of threats stemming from yesterday’s incident concerning the list of student names have been thoroughly investigated by our School Resource Officers, Safe Schools Officer, Sheriff’s Department personnel, and school administration.

“Through extensive interviews and conversations, it has been determined that there have been NO actual threat(s) made by anyone.

“Each time we investigated one of the allegations, it came back to an “I heard” or “I thought” type statement stemming primarily from social media.

“Every report was taken seriously and investigated but ALL have turned out to be nothing more than rumors or exaggerations.

“We are now under the impression that many of the students were purposely circulating these rumors.

“If you have actual first-hand knowledge of any threat please contact school administration or the Sheriff’s Department.

“The repeating of unfounded rumors is consuming an inordinate amount of law enforcement time and resources.

“Any student/adult found to be knowingly making false reports or initiating/sharing false rumors on social media in an effort to disrupt the educational process will be charged and referred to the courts.” 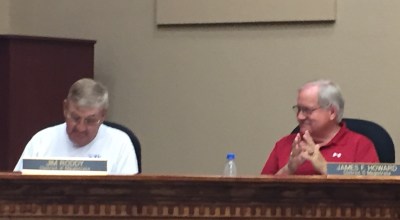 $5.3 Million in Federal Funding To Be Allocated Directly…