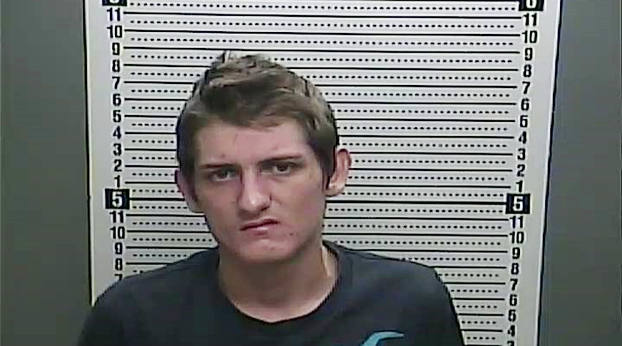 A Harlan man is facing charges including possession of methamphetamine after allegedly being found in possession of the drug during a traffic stop.

According to the citations, Lowe conducted a traffic stop on a vehicle in which Harris was a passenger. Police received consent to search the vehicle from the operator. Harris was asked to step out of the vehicle, at which time Lowe located a small, clear plastic bag containing a white crystal-like substance under Harris’ legs. Dispatch also confirmed Harris had an active warrant from Indiana.

Harris was charged with first-degree possession of a controlled substance (methamphetamine), possession of drug paraphernalia, and fugitive (no warrant required). He was additionally served with a bench warrant for failure to appear.

In other police activity:
• Ronnie Engle, 43, of Grays Knob, was arrested by Harlan County Sheriff’s Deputy Geary Ferguson on Saturday.

According to the citation, Ferguson and Sgt. John Teagle were dispatched to a residence in the Grays Knob community.

Police made contact with Engle when he exited the restroom. He was taken into custody on an outstanding warrant for failure to appear. A small baggy containing a clear crystal substance believed to be methamphetamine was found in Engle’s front pocket. A pair of syringes were also found, one empty and one containing a liquid substance. Engle stated the contents of the baggie were methamphetamine, but he could not identify the substance in the syringe.

Engle was charged with first-degree possession of a controlled substance (methamphetamine) and possession of drug paraphernalia. He was also served with a bench warrant. Engle was lodged in the Harlan County Detention Center on a $3,000 full cash bond;

• Lila Howard, 50, was arrested by Kentucky State Police on Friday. She was charged with first-degree wanton endangerment. Howard was lodged in the Harlan County Detention Center.

• Jordan Farmer, 31, of Ages, was arrested on Monday by Harlan County Sheriff’s Chief Deputy Matt Cope. He was charged with theft by unlawful taking under $10,000 and intimidating a participant in the legal process. Farmer was lodged in the Harlan County Detention Center.