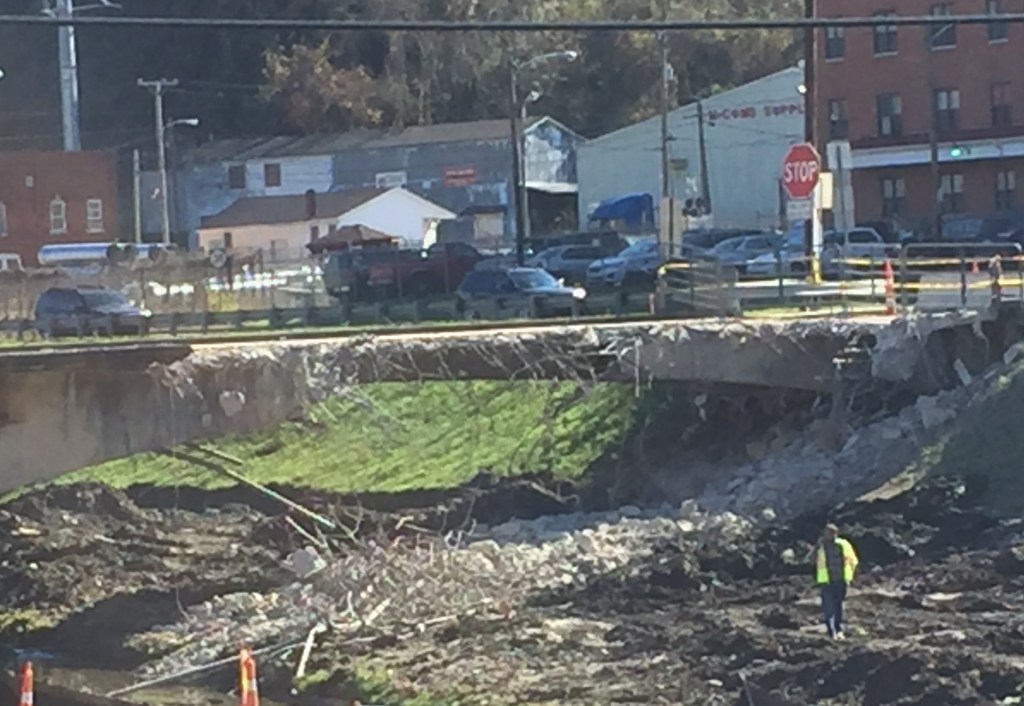 The city of Harlan is preparing for the city’s first traffic roundabout, with the demolition of the bridge on KY 72 near the KY 38 intersection in the downtown area currently the most visible sign of things to come.

According to a press release, construction got underway on Nov. 15 for roundabout construction and replacement of the bridge on Ky 72. Motorists are advised by the Kentucky Transportation Cabinet that Ky 72 will be closed to traffic at mile points 11.78 to 11.87 beginning Nov. 15 through August 1, 2022, due to the bridge being replaced and the roundabout being constructed. Detour signage is in place designating KY 38 and US 421 as alternate routes motorists will need to use while the construction is being done.

“They (KYTC) said we have so many wrecks at that intersection there at the high rise that they feel like they had to do something,” Meadors said. “They want to slow traffic down enough that they can reduce the number of accidents there.”

Meadors noted there have been multiple wrecks at the intersection in the past few weeks. He added many of the crashes at the sight are caused by inattentive drivers.

“It’s a big inconvenience right now, not having that bridge open,” Meadors said.

Meadors mentioned many people are concerned about how the roundabout will impact travel in the area. He noted many Kentucky communities already have roundabouts in operation which seem to work well.

The release states the Kentucky Transportation Cabinet requests motorists utilize safe driving habits when traveling through the area, be aware of the work zone and to expect delays. Should inclement weather or other unforeseen delays occur, the date, times and duration of work may be adjusted.