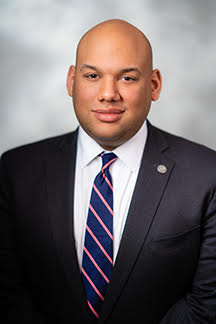 LEXINGTON — After an extensive search, the Kentucky Coal Association has named Tucker Davis as its incoming President. Davis, a former Trump Administration official at the U.S. Department of the Interior, is a native of the Appalachian coalfields and brings over a decade of experience in public affairs, public policy and issue advocacy.

“For a kid that grew up in the head of a holler, it is a dream come true to be able to represent an industry that has been a driving force of prosperity not just in the Commonwealth, but all around the world,” said Davis. “I am honored and humbled to lead the Kentucky Coal Association and look forward to working with policymakers and community leaders in ensuring a prosperous, productive future for our miners and our industry.”

“Tucker has a passion for Kentucky coal and Kentucky coal miners, and understands the importance of coal in providing low-cost, reliable and resilient energy,” said KCA Chairman Heath Lovell. “We are very excited to have someone with his deep industry knowledge and proven track record lead our organization into the future.”

Prior to joining KCA, Davis served as a political appointee in the Trump Administration at the U.S. Department of the Interior and most recently managed Winsome Sears’ successful campaign for Lt. Governor of Virginia. Davis has also worked for several issue advocacy organizations including Americans for Prosperity and the National Mining Association’s Count on Coal Campaign. He holds a Bachelor of Science degree in Journalism from Radford University and currently serves on the Board of Trustees of the Appalachian School of Law in his hometown of Grundy, VA.