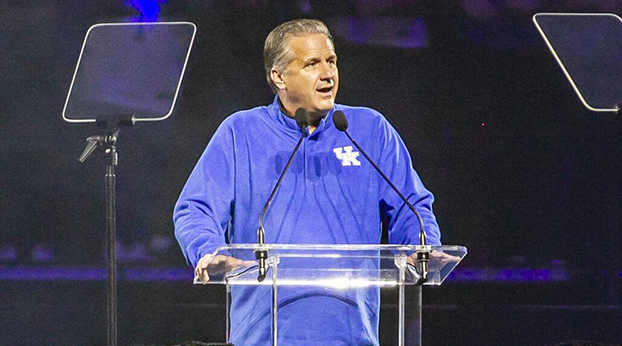 Kentucky is the early favorite to win the Southeastern Conference title.

The Wildcats were chosen to finish ahead of Alabama, Arkansas, Tennessee, and Auburn in a preseason poll released by the league, voted upon by my league and national media representatives.

Sahvir Wheeler was a first-team selection, while Vanderbilt guard Scotty Pippen Jr. was the preseason favorite to win Player of the Year honors. The Wildcats had four players — Keion Brooks, Kellan Grady, and Oscar Tshiebwe — on the second team.

“We have the pieces,” Kentucky coach John Calipari said. “How we fit them together, that’s going to happen over the season. My guess is we’ll start slow like we always do. The schedule is not like it was last year where you have some games and you’re going to learn and grow and do some things.”

TOPS IN NBA
When the NBA tipped off its regular season on Tuesday night, 27 former Kentucky players will be on opening-day rosters. Only Duke (29) has more players on active NBA rosters this season.

WOMEN RANKED
The Kentucky women’s basketball team opens the season ranked No. 13 going into Kyra Elzy’s second season at the helm.
Keith Taylor is the sports editor for Kentucky Today. Reach him at Keith.taylor@kentuckytoday.com or via Twitter at keithtaylor21