Harlan coach Eric Perry has been used to going into Fridays with football injuries.

The Green Dragons played without their leading rusher, junior Jayden Ward on Friday, but Harlan had several players step up against winless Lynn Camp.

The Green Dragons gained 288 total yards in rolling to a 46-22 district victory over the Wildcats.

The win sets up a key District 8 showdown at Pineville on Friday.

“Any win for us is good right now, but it was very sloppy,” said Perry.

Lynn Camp had 143 yards on the ground and 72 passing. Junior running back Duane Sparks had 81 yards on nine carries for the Wildcats. He completed six of 15 passes for 51 yards and had two interceptions. The Wildcats’ starting QB Tylen Smith was injured in the first half and never returned.

Harlan opened the scoring as Akal scored on a 23-yard run with 6:45 remaining in the first quarter. Cade Middleton scored the two-point conversion for an 8-0 advantage.

The Wildcats fought back as Brody Lane went in from the 8, only three minutes later, but trailed by two.

With 6:35 to play in the first half, Harlan used a three-play drive with Dylan Middleton scoring on an 11-yard TD. He also scored the two-point conversion as the Dragons led 16-6.

Harlan had a defensive stop just before halftime.

In the third quarter, Evan Browning intercepted a Sparks pass and raced 62 yards the touchdown. The conversion run failed as Harlan took a 22-6 advantage.

Less than two minutes later, Sparks took the keeper and scored on a 54-yard TD. Lane added the two-point conversion.

The Green Dragons wasted little time to score as Cade Middleton connected with Will Austin on a 17-yard touchdown pass. Cade Middleton’s two-point run made it 30-14.

Harlan would add two more touchdowns to put the game away.

Cade Middleton scored on a keeper as he raced 61 yards for a TD. Dylan Middleton added the two-point run.

Austin had his second interception of the night and had a 55-yard return for the score. Cade Middleton found Dylan Middleton for the conversion pass to close the scoring.

“I was very pleased with Will. He had some plays for us offensively and defensively,” said Perry. “Will is a great kid and has a positive influence.

Harlan was whistled for 135 yards in penalties.

Perry wasn’t pleased with his teams attitude during the game.

“We’re totally undisciplined and that comes back on me. But, we harp on that all the time, he added.”

The Dragons have lost four players to season-ending injuries, Harlan was also without Dalton Irvin on Friday.

Harlan (3-5 overall, 1-1 district) faces the Mountain Lions in the Battle of U.S. 421 on Friday. A win will give the Dragons a home game in the opening round of the KHSAA Playoffs beginning Nov. 5.

Also, a Harlan win over Pineville, would set up a rematch with Lexington Sayre. The Dragons fell to Sayre 42-0 on Sept. 24 in Lexington.

Lynn Camp (0-9, 0-2) travels to Williamsburg this week before hosting McCreary Central to close the regular season. The Wildcats are currently riding a 16-game losing streak, dating back to Nov. 8, 2019. 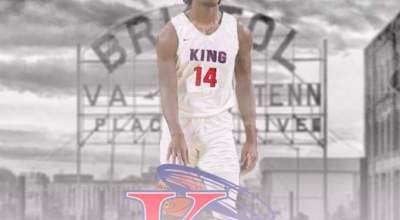