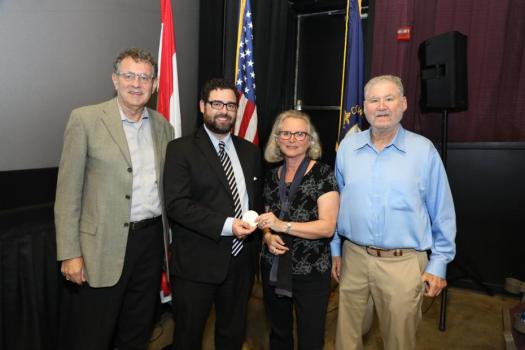 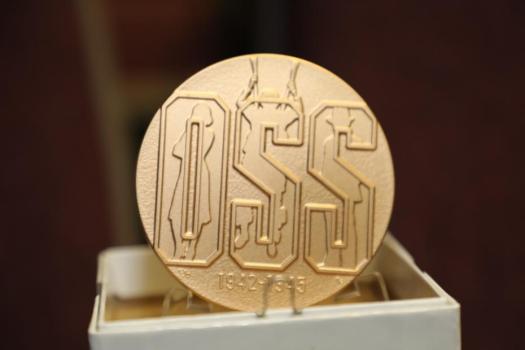 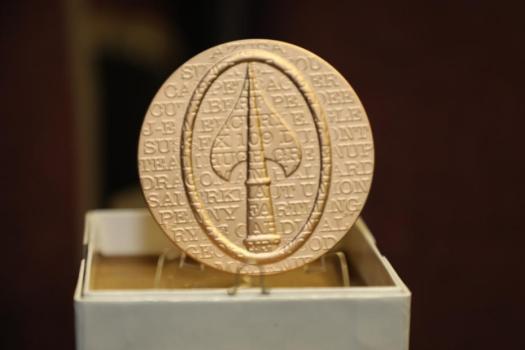 INEZ — U.S. Rep. Harold “Hal” Rogers (KY-05) secured the Congressional Gold Medal on behalf of the family of the late Col. Martin Himler from Martin County, who served the U.S. military during World War II as a colonel in the Office of Strategical Services (OSS), the precursor to the Central Intelligence Agency (CIA). The Congressional Gold Medal was commissioned for members of the OSS in recognition of their valiant efforts to bring Hungarian Nazi war criminals to justice during World War II.

The Congressional Gold Medal is the highest expression of national appreciation for distinguished achievements and contributions.

“I was deeply honored to assist the Martin County Historical and Genealogical Society, the OSS Society, and the Himler family with obtaining the Congressional Gold Medal to commemorate Col. Himler’s brave service to this nation,” said Congressman Rogers. “His life was extraordinary. After migrating to the United States from Hungary, opening a coal mine, and starting a newspaper, he joined the military at age 55 after the attack on Pearl Harbor to serve the nation he loved. Thanks to his brave efforts, justice was secured for some of the world’s most notorious, barbaric Nazi war criminals of his time.”

Although he was instructed to arrest 15 Hungarian Nazi war criminals, Col. Himler requested the investigation be expanded to 300 Nazi soldiers, to ensure the guilty would be held accountable for their terrible crimes against humanity.

“Many of the artifacts of Martin’s final home were passed on to our family. There are some, especially paintings from the Hungarian arts from the first half of the 20th Century, which we would like to donate to the Himler House when you restore it. These are authentic early paintings from Martin Himler,” said Jim Hamos, a great, great nephew of Col. Himler. “Our family is honored with this tribute to our uncle.”

Each medal is unique to its recipients, emblazoned with details that commemorate their service and achievements. The Congressional Gold Medal for the OSS shows three OSS operatives on one side: a woman, a man and a person in a parachute. On the other side, it lists code words and ID numbers for the OSS and related intelligence agents and operations, and shows a spearhead, the unofficial insignia of the OSS.

“Events such as today are important to remind all of us that Col. Himler and his OSS colleagues deserve our eternal gratitude for helping save the whole world from tyranny,” said Mr. Charles Pinck, President of the OSS Society. “The legacy of the OSS and Martin Himler continue to guide and inspire those who serve at the top of the spear today as our nation’s first line of defense. The spearhead points the way forward.

“His history is remarkable. His hatred of Naziism and discrimination continued throughout his lifetime,” said John Rosenberg, Holocaust survivor and founder of the Appalachian Research and Defense Fund of Kentucky, Inc. (AppalRed). “He fought for Holocaust survivors and he would work his entire life to overcome that history.”

Prior to his military service, Himler founded a unique coal mining town in 1919 in Himlerville, now known as Beauty, Kentucky. It was home to the Himler Coal Company, the first cooperative coal company owned and operated by Hungarian coal miners. He also established a newspaper to report news from America and Hungary, in an effort to keep coal miners informed of important news in both countries.

The Martin County Historical and Genealogical Society is working to restore the historic Himler House in Martin County. Learn more about his legacy at https://himlerhouse.org.