OUTSIDE: Fall Traditions are Steeped in History 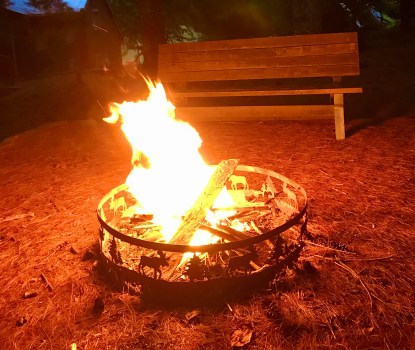 The Autumn Equinox is one of two times of the year when the Sun is exactly above the Equator and day and night are equal in length. That’s as far into the science of what’s going on that I’ll go. It’s the astronomical beginning of fall, which is my favorite season of the year. After a long hot and humid summer, the crisp cool mornings, balmy temperatures, and visual clarity of lower humidity are very welcome.

The Equinox is a time of transition, and a lot of fall traditions we enjoy go way back historically. Apple picking, pumpkin patches, fall festivals with lots of food, all have their origin involving the fall Equinox being thought of back in the day as “the second harvest”. The first harvest is the mid-summer crops, in our case bean, corn, tomatoes, etc.  The fall second harvest was critical because a lot of crops that came in determined how well fed the farm family and their animals would be. Hay, feed corn, apples, potatoes, fattened hogs, all mature in the fall, so it was a big deal. For early farm cultures it was a time to give thanks for the abundance of summer and to celebrate it, and so fall festivals and activities like making apple butter, picking up walnut, making apple butter, became tradition that we carry on today, just not as much.

The Autumn Equinox is celebrated in different ways across the globe. In Japan it is thought that the land of the afterlife is due west, and the equinox is when the sun sets directly west.  So, it became a tradition to visit the graves of one’s ancestors, spruce it up, and leave flowers. It’s also a time of meditation and to visit living relatives.

In China and Vietnam, they celebrate the Moon Festival on the full moon nearest the equinox (we call it Harvest Moon). Celebrations include going out and viewing the full moon and eating something called a moon cake. Heck, we southerners ought to pick up this tradition since we already have our own version of a moon cake, only we call it a Moon Pie.

Cultures around the world celebrate the Equinox by gathering with friends and family around a bonfire to eat, tell stories, have fun! I like this one and may do it on the upcoming Autumn Equinox, which this year will occur on September 22 at 3:21 pm.