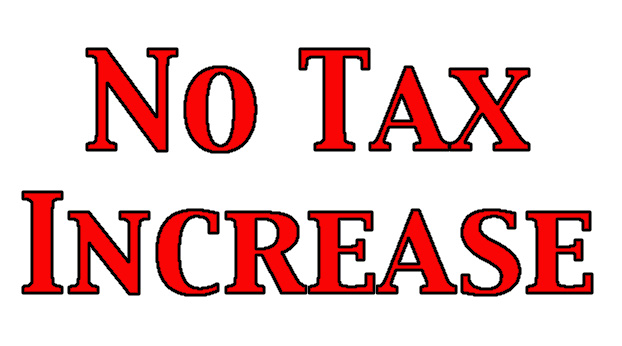 The Harlan County Board of Education declined to raise taxes during the August meeting.

The board set the 2021 tax rate for real property, tangible personal property, aircraft, and documented watercraft non-Kentucky registered watercraft at 54.8 cents per $100 of assessed value.

“Normally we struggle with tax rates because our compensating rate, based on our property valuation decreases we’ve seen over the past four or five years, is usually significant,” Superintendent Brent Roark told the board. “Our tax rate is at 54.8. It is the 58th lowest property tax rate out of 171 school districts. We are far below average on that.”

Roark gave an option for the compensating rate to bring in the same amount of revenue next year as in the current year.

“You would need to push to the compensating rate to bring in the same amount of money from last year to 55.6 cents per $100 of assessed value, an 8/10ths of one-cent increase,” he said.

He said the district would lose $50,596 by not passing the compensating rate.

Roark explained that continued declining property valuations appear to have leveled off in the district and actually reversed course this year, showing an increase for the first time in many years.

“The valuations actually increased,” said Roark. “This is the first time in four years that I’ve seen this.”

He said valuations increased from $697 million to $702 million overall for the county school district.

“When I first started that number was $1.3 billion,” said Roark. “We’ve lost almost $600 million in property valuations, mostly from the coal mines and the coal mines shutting down over the course of four or five years. But, finally this year, it has actually leveled off and went up a few million dollars. I’m really glad to see that. I thought we had hit rock bottom. I didn’t think it could go any lower.”

The board discussed various proposals for the tax rate and revenue projections. Roark did caution the board. “Every time you don’t take the compensating rate you cost yourself that much money for perpetuity, for the future,” he said.

Board member Hiram Fields said that while it doesn’t’ seem like much to take the compensating rate, he noted residents have been hit hard with rate hikes from utilities, other goods and services, and the impact of the Covid-19 Virus.

“I’d say leave it where it is,” said Board Member John Wes Sheffield.

Board member Wallace Napier said that the district has received additional funding and agreed not raising the rate “would be the best move right now.”

Board members Myra Mosley and Gary Farmer agreed as well. The board voted unanimously without any objections that the tax rate remain the same.

“I strongly suggest you don’t move the motor vehicle tax rate, said Roark. “It is the 15th lowest tax rate in the state out of 171 school districts. I suggest you do not move it and leave it right where it is. We will be fine.”

In other action, the board agreed to provide an additional 20 days of employment to three high school assistant principals at the request of Roark. He said the assistants do not receive extended days, but work extensively in the summer school program, ballgames, and other school functions.

“If you are up there anytime you will see an assistant principal there helping out Mr. Farmer (Athletic Director Eugene Farmer)…

They work a ton of extra hours,” said Roark.

“They are not getting a very large stipend for the amount of work they do. I feel like I work them for free for a lot of hours,” he said. Their current stipend has been $3,300.

In other action, the board approved:
• A resolution concerning employees who are quarantined due to the Covid-19 virus;

• Agreed to advertise for bids for towing (wrecker) services.

The General Store at Creek Crossing offers a unique…