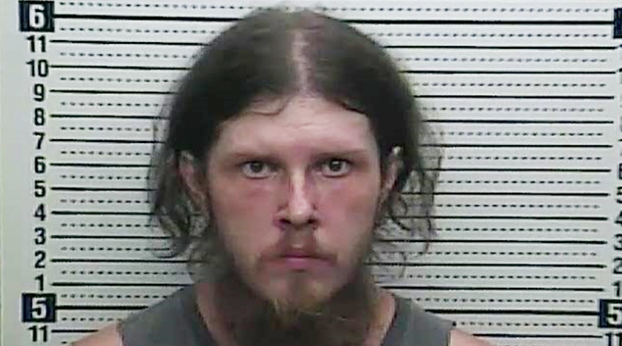 On Monday, Aug. 23, 2021, the Harlan County Sheriff’s Department was contacted in reference to a burglary that occurred in the Sunshine community. Upon arrival, the homeowner was on the front porch with an injury to her hand. Through further investigation, the deputy learned that the homeowner had suffered the injury when an uninvited male intruder kicked her door open.

The intruder, Cruise Taylor, was located outside a neighboring residence. Taylor was charged with Burglary 1st Degree, Assault 4th Degree, and Assault 2nd Degree. He was lodged in the Harlan County Detention Center with bond set at $1,000 full cash.

• In other activity on Saturday, Aug. 21, deputies responded to a complaint of attempted arson at a Baxter residence. Upon arrival, Deputies made contact with the homeowner who stated that she arrived home from work and discovered that someone had come onto her porch and attempted to set the residence on fire.
Through further investigation, deputies located and arrested Jessica Helton. Helton was charged with Arson 2nd Degree, Criminal Trespassing 1st Degree, and Criminal Mischief 3rd Degree. She was lodged in the Harlan County Detention Center with bond set at $25,000 full cash.

• Catilyn Stokes, 25, of Evarts was arrested on a Bell County Arrest Warrant for Unauthorized Use of a Motor Vehicle and a Bell County District Court Bench Warrant for Failure to Appear on a drug possession charge. She was lodged in the Harlan County Detention Center on a $3,500 full cash bond.

Kingdom Come State Park preparing for the addition of…