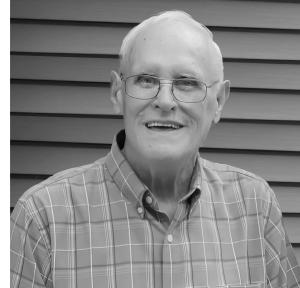 Howard Scott, 78, of Partridge, entered his heavenly home Sunday, August 15, 2021, at the Whitesburg Appalachian Regional Hospital. Born January 13, 1943 in Blair, Kentucky to the late Leonard Scott and Leona Halcomb Scott, he spent most of his life in the mountains of Eastern Kentucky.
Howard was a 1962 graduate of Cumberland High School. He was an underground coal miner prior to transitioning to a Federal Mine Inspector for MSHA before he retired after 18 years.
Howard was a loving husband, father, granddad, and one very proud American. He was veteran of the U.S. Army having served during the Vietnam War. He was a member of the Letcher County V.F.W. and the American Legion. He enjoyed gardening and fishing, along with his daily walks at the Blair Park. But, his family brought him his greatest joy. Howard believed in the Christian Faith.
In addition to his parents, he is preceded in death by one sister, Gladys Bowman; and five brothers, R.J. Scott, Elmer Scott, Dennis Scott and two infant brothers.
Survivors include his wife of 57 years, Iris Jean Lewis Scott, Partridge, KY; three children Howard Wayne Scott and wife, Renee, Lancaster, KY; Sherry Geiger and husband, David, Cincinnati, OH; and Ernie Scott and wife, Tiffany, Partridge, Ky; and two sisters, Anna Sue Johnson, Lynch, KY; and Loretta Shepherd, Cumberland, KY.
Also surviving are 13 grandchildren, Steven, Samantha, Toby, Darren, Robert, Brianna Scott; Brittainy, Alex, Amanda, Demetrious, Jamaya, Adrian Geiger; and Addy Grace Scott; seven great-grandchildren; and a host of nieces, nephews, other family and friends.
Visitation will be held Wednesday from 5 until 9 pm at the Lewis Creek Pentecostal Church. Funeral services will be conducted Thursday, August 19, 2021, at 11 am at the Lewis Creek Pentecostal Church with the Reverend Ron Oplinger officiating.
At the family’s request, face coverings are required and social distancing should be practiced.
Burial will follow the services in the D.L. Creech Cemetery with military rites by the Harlan Honor Guard.
Alex Geiger, David Geiger, Toby Scott, Billy Baird, Jamie Sergent, and Rick Bullock will serve as pallbearers. Honorary pallbearers will be Demetrious Geiger and Adrian Geiger.
Tri City Funeral home is honored to serve the Scott family.