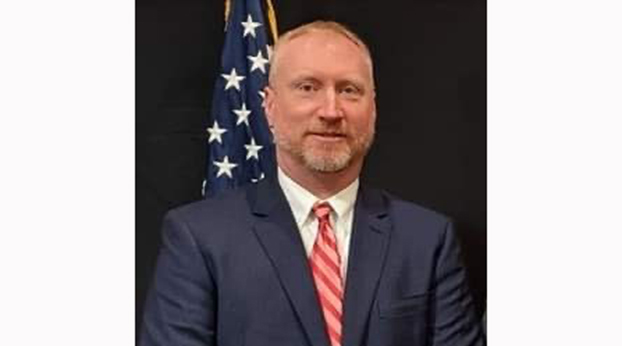 A graduate of Evarts High School, Brown serves as the executive director of the Appalachia High Intensity Drug Trafficking Areas.

The Commission is comprised of legislative branch members and nationally recognized subject matter experts. The Commission is tasked with developing a strategy to stop the flow of synthetic opioids into the United States.

“I am honored to be appointed by Senator McConnell to such a prestigious Commission,” said Brown. “Synthetic opioids are devastating our nation’s communities, and the Appalachia HIDTA’s area of responsibility is the epicenter of the crisis.”

Brown said he is “eager to work with all members of the Commission to bring about impactful public policy to rid us of this scourge.”

A graduate of the University of Kentucky, Brown has a combined total of 30 years in law enforcement experience. He has served in his current position at HIDTA since March 2016. He served as deputy director and trainer from 2011 until that appointment.

Prior to joining Appalachian HIDTA, Brown was assigned to the AHIDTA by the Kentucky State Police to serve as the co-manager of the AHIDTA Investigative Support Center and the as the Task Force Commander of both the Hazard and Columbia Drug Task Forces from 2022 until 2011. H retired as a lieutenant from the state police in 2011, following a successful 20-year career.

Brown is a member of the National HIDTA Directors Association. He has served as president of the Kentucky Narcotics Officers Association.

According to a news release from the Appalachia HIDTA, Synthetic opioids such as fentanyl and fentanyl analogs are among the deadliest illicit substances in the drug supply today. In 2019, synthetic opioids other than methadone (SOOTM) – the category of drugs that includes fentanyl and its many analogs – were involved in more than 36,000 deaths, the most of any drug.

These drugs originate outside the United States using precursor chemicals from Asia, are purchased over the internet using cryptocurrencies, and are brought into the U.S. across our borders or through mail and commercial express consignment carriers, the news release noted.

Addressing his urgent threat includes promoting public health approaches that expand access to prevention, hard reduction, treatment, and recovery programs to save lives. At the same time, it also includes reducing the flow of these substances in order to provide more opportunities for public health interventions to take root.