Harlan second-highest in unemployment for May 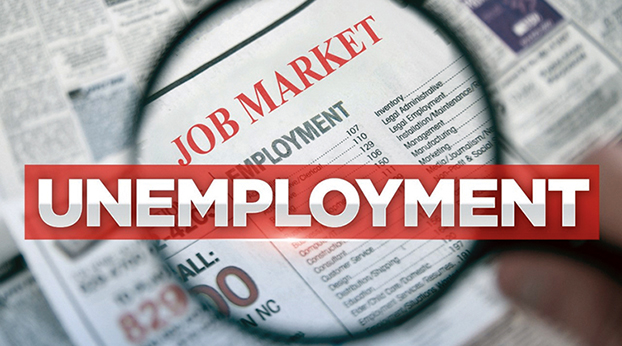 Harlan County has the second highest unemployment rate in Kentucky, charting its annual jobless rate at 7.8 percent, after the state released its county unemployment data for May.

“Kentucky’s county unemployment rates and employment levels are not seasonally adjusted because of small sample sizes. Employment statistics undergo sharp fluctuations due to seasonal events such as weather changes, harvests, holidays and school openings and closings,” read a KYSTATS release. “Seasonal adjustments eliminate these influences and make it easier to observe statistical trends. The comparable, unadjusted unemployment rate for the state was 3.9 percent for May 2021, and 5.5 percent for the nation.”

Judge-Executive Dan Mosley said Harlan County had over 18 percent unemployment because of the COVID-19 pandemic, and now the jobless rate in the county has hit a plateau.

“There are available jobs in our community that will be documented and showcased at a job fair at the Harlan Center on July 29,” he said. “We invite anyone out who is unemployed or underemployed from 1 p.m. to 5 p.m.”

Mosley said he is excited the job fair will be able to take place this year through the hard work of summer intern TJ Hensley and the Eastern Kentucky Concentrated Employment Program (EKCEP).

With Gov. Andy Beshear not budging on ending the extra $300-a-week unemployment benefits, some employers say they are finding it harder to find new hires because individuals find it easier to collect unemployment at home.

Mosley said although the added benefits have injected money into the economy, he believes it is time for the governor’s incentive to end.

“We’re beyond the worst portions of this pandemic,” he said. “I understand people not being able to work and businesses forced to close, those people deserved unemployment during those times. As businesses have reopened and restrictions have been eased, there are available jobs in our community, and I feel like the extra $300-a-week incentive still being offered by the federal and state government should end.”

Though beneficial to individuals who have been unemployed, he said he is hearing from employees daily the struggles they are experiencing finding workers because of the incentive.

Mosley said while recently visiting a restaurant out of town with his family, the staff told him the wait time would be 45 minutes while multiple tables sat empty inside the establishment. When asked about the wait time, the workers expressed their apologies and said they were having staffing issues.

“We’re to a point where we’re getting back to normal, and I feel like it should’ve ended well before now. The governor contends that it’s injecting $34 million a week into the economy. I agree with him, but what are we losing in income tax and other tax revenue because people can’t spend without people working, there’s no income tax. I feel like there’s more of an offset,” he said.

Instead of ending the $300 extra weekly benefits, Beshear has rolled out another incentive for people to get a job instead. The new incentive would offer up to as many as 15,000 Kentuckians on unemployment insurance a one-time $1,500 bonus to rejoin the workforce by July 30.

Many throughout the state have voiced differences of opinion on the new back-to-work incentive, perhaps one of the most strong being that of essential workers, some of which who have said the $1,500 bonus is “like a slap to the face” of those who have worked through the pandemic in Kentucky.

“I think people who have worked through it ought to get some sort of stipend. There’s many who haven’t missed a day. I think they’re deserving of that,” Mosley said. “I don’t agree with the incentive to get people to go back to work. If they would eliminate the extra $300 a week, that’s enough incentive to get back to work. I’m not a fan of it. It’s counterproductive to the economy and to job growth.”

To view each county’s unemployment data, go to the Kentucky Education and Workforce Development Cabinet website.