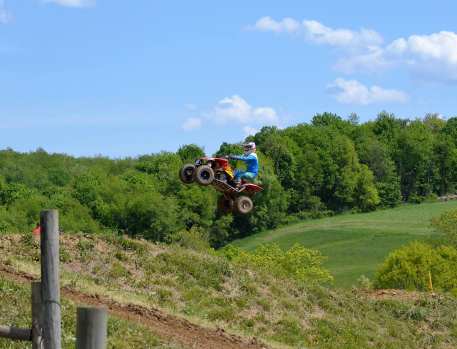 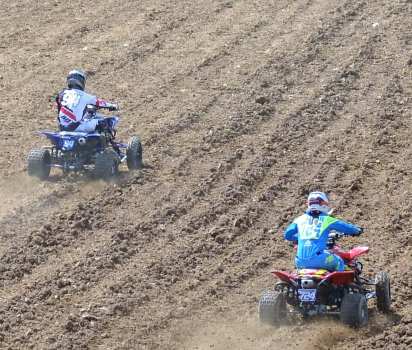 During an open stretch of the course, it is important to gain traction, referred to by racers as “getting power to the ground.” 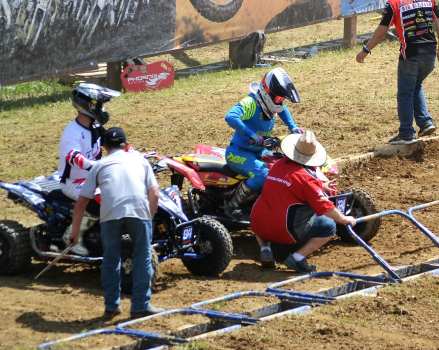 Revving his engine at the starting gate, Smith focuses on the “hole-shot,” an imaginary line near the beginning of the race that measures progress.

Marshall Smith is living the dream . . . his boyhood dream, that is: professional ATV racing!

Like many kids, Smith grew up riding dirt bikes and ATVs. It wasn’t long before those around him noticed that he had a special talent for it. At age six, he had a chance to race competitively, but the travel and financial commitment were not feasible for his family.

Fortunately for Smith, who heads the welding technology program at Southeast Kentucky Community and Technical College in Harlan, that opportunity returned well into adulthood. At age 30, he began racing regularly as an amateur.

After 15 years in the sport, he felt that he had developed the speed and the skill to race professionally, so he reached out to the American Motorcyclist Association (AMA) official who oversaw the ATV motocross competitions.

“I let him know that this had always been a dream of mine—to race pro—and he did what he could to make it happen,” he said.

Smith admits that it is unusual to see a 45-year-old begin his professional racing career, but his experience in the sport gave him the confident to pursue it. In May, he competed in his first professional race alongside competitors who were the fastest in the world. Last weekend, Smith raced at Mt. Morris, Pennsylvania where, although he didn’t place, he says he learned a lot from his fellow competitors.

“I better understand the speed I need to have and just to ride more aggressive,” he said.

In addition to his wife Kristy, who is a nurse practitioner in Middlesboro, Smith says that he has plenty of supporters.

“I would like to thank the folks at Hart’s Cycle Sales in Middlesboro for their unwavering support,” he said. “They have helped me financially with their sponsorship, but they have even come out to cheer me on. Words cannot express how much I appreciate everything they have done for me.”

Not planning to slow down anytime soon, Smith is already preparing for his next race in the same series on May 29 at Aonia Pass in eastern Georgia.

“I’m racing alongside other guys who are 18-30, but because of my love for the sport, I can give ‘em a run for their money,” he said.

To follow Smith’s amazing journey, you can check out his page Marshall Smith 724. 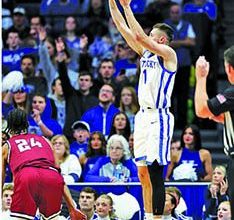