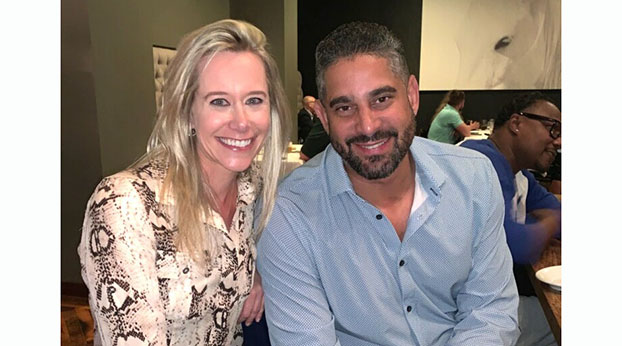 New UK assistant coach Orlando Antigua was a fan favorite when he was previously on John Calipari's staff and fans like Lacy Robinson of Louisville have let him know they are thrilled he's back on the UK staff.

Kentucky basketball fans were thrilled last week when former assistant coach Orlando Antigua returned to Kentucky — the place he called “Camelot” in his first press conference back at UK.

He’s been gone from UK seven years and was head coach at South Florida and most recently an assistant coach at Illinois. He says he’s changed as a coach since his five years at UK when the Cats won the 2012 national title and made the Final Four two other times.

“I’ve got a better appreciation now having had the opportunity to sit in that seat (head coach). To know, not quite know, but a better idea of what is coming at Cal, what he has to do, and our jobs as assistants is to try and take things off his plate,” Antigua said.

The problem is times have changed recruiting-wise since Antigua was at UK. There was no G League then to compete against for top recruits.

“But you can’t use a brush to paint all of them. Each individual family has different circumstances that they have to weigh and what experience they’re trying to go through to get to their dreams. Some of the families are going to want the educational piece of it,” the UK assistant said.

“Some are going to want the value of sacrificing and playing on a team and playing and competing with other really, really good players and getting into an NCAA Tournament and making a Final Four run and potentially a national championship. There is extreme value in that.”

Antigua also has an appreciation for what the Kentucky experience can mean to players.

“There’s also extreme value in an unbelievable experience that happens when you go through that that you can’t put a price on. The kids that have been here and go through that those experiences are going to outweigh anything they’ve ever done in their lives because it’s special,” Antigua said.

“It’s such a rewarding experience, and they’re loved in the state, they’re loved throughout history and then you get a chance to become one of those special groups that are endeared for life. Our job is to try and communicate how special that experience is when you come to a place like Kentucky.”