When Lieutenant Colonel Mike Jackson (Ret.) graduated from Ohio University in 1968 with certification to teach history, he declined a teaching position because he wanted excitement, challenges, and travel first and put the prospect of teaching on hold.

Jackson had heard war stories from his father, Army Air Corps veteran Edmund Jackson – a World War II left-waist gunner aboard a B-24. Edmund, a volunteer following the Japanese attack on Pearl Harbor, was wounded in 1944 on a bombing mission over Nines, France.  After recuperating in a hospital and returning to flying status, Edmund was wounded again and his plane shot down over Yugoslavia.  After bailing out of his plane, he and some of his crew were missing in action for 33 days and forced to avoid German patrols before finally being rescued by “Marshall Tito’s guys,” the Yugoslavian resistance.

For his wartime efforts, Edmund earned two Purple Hearts and the Distinguished Flying Cross, and his son says, “He carried the scars and shrapnel in his arms to his grave. I thought Dad’s war experiences were pretty neat, but most everybody’s dad had been in World War II as it was the patriotic thing to do.”

Jackson was always interested in airplanes and, as a kid, his room was filled with model aircraft.

Of Vietnam in the 1960s, Jackson says, “To this day, I can visualize history, the back stories for today’s events, cause and effect” – when some young men were running away from the military, I, like my father, was volunteering, running toward it.” He indicates, “I didn’t like those who ran away a bit and thought they were unpatriotic.”

The first leg of Jackson’s efforts to fly was at Lackland Air Force Base and Officers’ Training School followed by a year of pilot training. At the time, the Air Force was looking for college graduates with “20/20 vision who were physically fit and had the ability to think, act quickly, and be logical.”  He found the OTS curriculum easy.

Of pilot training, Jackson says, “That was another matter. It was difficult and although I graduated in the top third of my class when half of the men washed out, I started at a great disadvantage. Some of the men had pilot’s licenses. I had flown in an airliner as a passenger four or five times. The instructors were always teaching us more than we could handle with insufficient time to absorb it all. Everybody struggled.

“Only 53 weeks to become a pilot in supersonic planes.  Our simulators were little boxes with instrument panels, not today’s simulators with 3-D imagery and virtual reality.”

He concludes this part of his story by remarking, “The hardest thing I ever did in my life was graduate from pilot training. All my life things had been easy for me- high school, college, OTS.”

Following pilot training was more training: jungle survival school, fighter lead-In training, O-2 flight training, counter-insurgency training. This was followed by a year at Shaw AFB for his role as Forward Air Controller (FAC): how to identify the good guys and the bad guys, where to drop ordinance, and how to mark ground targets.

The next stop in his story: Vietnam. It was June 25, 1971, and he was off to Vietnam for 366 days. It was a leap year, thus the extra day. Jackson says, “By this time, we knew we weren’t going to win the war and were starting to pull out. However, I was psychologically in a good place. I had volunteered to go to Vietnam, and I knew I was going to do the best job I could do. That job was to protect my guys – American and South Vietnamese.”

The job translated into working with the Army’s 101st Airborne Division at Camp Eagle where they were rocketed fairly regularly. There was no runway, and pilots had to traverse a five-mile, unsecured area to get to their planes at Hue Phu Bai Airfield.

Jackson says that mornings along that five-mile route were rather safe because a mine sweeper was employed each morning, and pilots at times were flown to the airfield via helicopter if the road was insecure.  Regularly, however, pilots, armed with an automatic weapon and carrying a radio, drove themselves and wore a helmet and a flak jacket.

The plane Jackson and other FACs flew were 0-2s because the pilots were responsible for “flying low and slow and staying airborne a long time with good visibility.” Always flying by himself, Jackson’s mission was to “find targets and destroy them or call in fighters to destroy targets and protect ground troops.” At times, his job was “to coordinate the rescue of people in trouble.”

One O-2 pilot was in trouble when a heat-seeking missile (SA-7) blew off the front of his plane. Jackson’s mission was to locate the pilot on the ground and arrange for suppressing fire and rescue.

Jackson had his own experience with another type of missile, an SA-2, when he and four U.S. Navy A-4s above him were on a bombing mission flying out of Da Nang and were over the DMZ.  The missile caused his plane to go out of control, plummeted him upside down and spun him around. He pulled out at the last minute and headed to the South China Sea and was able to fly back to the base at Da Nang in a damaged aircraft.

A second time he was in “deep trouble” was when a rocket blew up in his face, while walking at Da Nang, and tossed him the length of a building (about 20 feet). He says, “I landed upside down with shoulder and spine injuries.”

After Jackson’s 366 days in Vietnam, 210 combat missions, a Purple Heart, and the Distinguished Flying Cross, he was a captain and returned to Ohio via San Francisco Airport (SFO) in California. He and others had been cautioned, “You might want to take your uniform off before going into SFO.” That day, June 25, 1972, he and the others were “welcomed” home by war protestors with signs asking “How many babies did you kill?” and shouts and spitting.  He says, “Being in the military means you’re on duty 24 hours a day, 7 days a week. We didn’t get in a fight that day, but we came close.”

In conclusion, that experience in San Francisco was endured by many returning from Vietnam and became the impetus for Jackson’s efforts to properly welcome home Vietnam veterans.  A book he wrote, Naked in Da Nang, led to an eight-year series of free “Operation Welcome Home” events with Jackson as the national chair. In that role, he oversaw three national programs and 40 local ones, thus finally giving Vietnam veterans the welcome they deserved. But that’s another story. 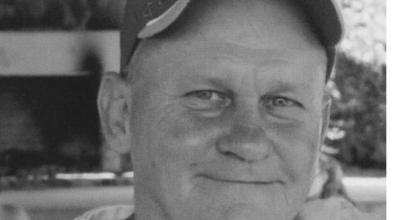