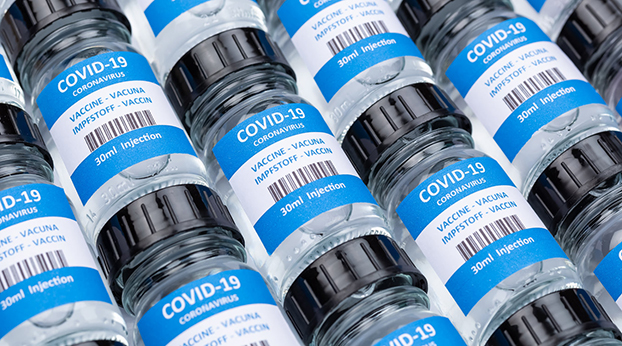 The weekly number of new cases of COVID-19 continues to drop, according to Gov. Andy Beshear.

“I want to say congratulations, Kentucky,” he said during a Monday press briefing at the Capitol.  “You have just had your 11th straight week of declining cases.  That is amazing.  It’s down this last week roughly 400 cases of COVID from the week before.  That is wonderful for us, but a word of caution.  Many other states are seeing their numbers increase.  I believe the United States just saw their numbers for last week increase.  That’s what happens if we stop wearing our masks.”

There were only six counties with more than 10 cases of the coronavirus.  Jefferson had 60, Kenton 16, Carter and Harlan 15, Bullitt 14, and Boone reported 12.  That raises Kentucky’s pandemic total to 425,333 since the first was reported in March 2020.

The state’s positivity rate was 2.89%, based on a seven-day rolling average of positive cases divided by the number of tests.  That was up 0.01% from Sunday, but still marks the eighth consecutive day below the three percent mark.

He noted there are now openings to get the vaccines at the state regional clinics in Louisville, Lexington, and Frankfort, as well as the Kings Daughters Pavilion in Greenup County.  This, despite opening up vaccination eligibility to all Kentuckians 40 years of age and up as of Monday.

Eleven new deaths were reported, in cases reported by local health departments, while there were no deaths reported from the ongoing audit of all death certificates between November and the end of January, during the spike that occurred during that time.  It was at first thought there were about 600 of those, but that estimate has increased.

The governor said the state will be continuing the audit until the virus is fully defeated.  “It’s pulling all death certificates that are out there and determining if they are COVID deaths.  We do this independently from what’s coming up from the local health departments,” he noted.  “There are least a couple hundred cases out there that don’t have enough documentation or have to go through the committee before we can fully confirm that they are a COVID death.”

Beshear added, “We are also going to be taking a look back, before this period of time that was certainly overwhelming, to again, make sure that every single person is accounted for.  We believe there will be more in the future as we move forward, but there haven’t been any these last few days.”

Of the 11 latest deaths, the victims ranged in age from 38 to 92.  Two of them were in Jefferson County, while Bourbon, Bullitt, Garrard, Jackson, Johnson, McCreary, Muhlenberg, Shelby, and Spencer counties had one each.

The governor and State Public Health Commissioner Dr. Steven Stack emphasized that while cases are declining in Kentucky as vaccines increase, it is too early to relax all precautions, such as the mask mandate, as the more contagious B.1.1.7 COVID-19 variant spreads in Kentucky and across the country.

“We now know that in at least 15 counties across the state, we have found COVID-19 variants, the predominant one being the B.1.1.7 variant, associated with the United Kingdom, and also some cases of the South African variant as well,” said Dr. Stack. “It’s really important that you take the vaccine as soon as you have the opportunity because if we allow this virus to spread too rapidly by not getting vaccinated, it has more of an opportunity to mutate and change, learning how to get more effective.”

Gov. Beshear’s next scheduled press briefing on COVID-19 will be Wednesday afternoon at 4, although his office is expected to release the daily numbers on Tuesday.