Vaccine expanded to anyone 50 and older 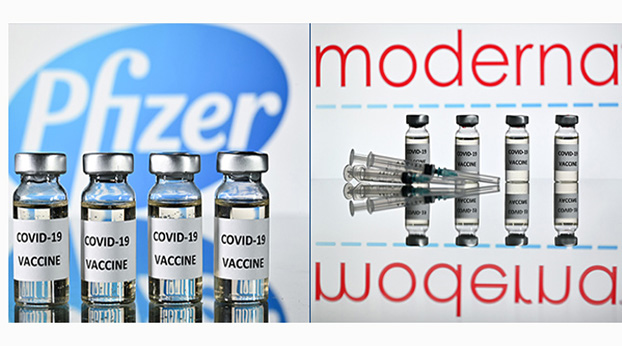 Gov. Andy Beshear on Thursday announced an expansion of who can receive the COVID-19 vaccine and is extending hours for restaurants and bars.

During a Capitol press briefing, the governor said, “Beginning Monday, we are asking vaccine providers to further open up priority group 1C to all Kentuckians 50 years and older.  Remember, right now, 1C is Kentuckians 60 and older, those who have at-risk conditions that make them more vulnerable to COVID as defined by the CDC, essential workers, and some others.  You can begin signing up right now for an appointment on Monday or later.”

Due to declining cases and positivity rates, Beshear also said, “We are altering restaurant and bar hours, by extending the curfew, starting on Friday.  At that point, bars and restaurants can serve until midnight, and doors must close by 1 a.m.”

Capacities will remain at 60%, which was expanded from 50% earlier this month, and the seat rule still applies.  “We cannot have people crowding around bars or in restaurants,” he said.  We do have to keep people separated and we do need to keep people wearing masks.  But hopefully, this is a little relief, given the positive movement of where we are right now as a state, with vaccines going up and cases going down.”

A total of 785 new cases of the coronavirus were reported to state public health officials on Thursday, which is a drop from Wednesday’s 963 and Tuesday’s 819.  It brings the total number of positive cases in Kentucky to 419,149.

Kentucky’s positivity rate was 3.23% on Thursday based on a seven-day rolling average, which Beshear said was the lowest since July 3, 2020.

There were 31 new deaths reported Thursday, with the latest victims ranging in age from 57 to 103.

A dozen of them were in Boone County; two in Campbell and Kenton counties; with one each in Harlan, Henry, Hickman, Hopkins, Jefferson, Larue, Laurel, McCracken, McCreary, Marshall, Ohio, Pike, Pulaski, Shelby, and Trimble counties.

There were 449 Kentuckians hospitalized due to the coronavirus on Thursday.  Of them, 110 were in the ICU, and 57 on a ventilator.  The first two numbers were slight increases from Wednesday, the last one a slight decrease.

This was Gov. Beshear’s last scheduled press briefing this week, although his office is expected to release daily numbers throughout the weekend.