SUCCESS STORY: Southeast grad shadows his way to a career 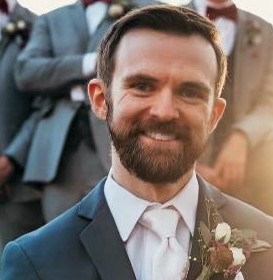 Tyler Meister, DMD, knows from experience that the path to finding your calling is not always a straight line.

After graduating from Harlan Independent High School, Tyler enrolled in classes at Southeast and earned his associate in applied science in 2012. However, he was unsure of where to go from there.

“Pharmacy was the trend at that point,” said Tyler. “I enjoyed the sciences, but I knew that pharmacy was not the right fit for me.”

While weighing his options, Tyler took a break in his studies for two years, working as a substitute teacher and tutor. Then a conversation with his best friend’s father—a dentist— became a turning point.

“Dr. Howard spent three hours talking to me about dentistry as a career choice,” he said. “After that, he made it possible for me to shadow some of his colleagues in Harlan and Berea.”

Job shadowing is a practice in which someone follows a professional while he or she works. The “shadow” is allowed to observe the professional in action and occasionally participate in work activities.

Tyler also shadowed at the University of Kentucky dental school where he was able to understand dentistry from the student’s perspective, an experience that Tyler calls “very valuable.”

“Being able to see different facets of dentistry in different settings and specialties was key to developing a holistic perspective,” he said.

Although he had never considered dental healthcare as a career choice, Tyler said, “It felt natural.”

He applied for dental school at the University of Kentucky, and the rest is history.

After graduating from UK in 2020, Tyler opened his practice at Servolution Health Services in Speedwell, TN. A nonprofit agency, Servolution uses a sliding payment scale to make dental care available for those who would otherwise not be able to afford it. With two assistants and a hygienist, his office offers partial and complete dentures, restorative, crowns, bridges, and extractions.

Despite the pandemic, Tyler’s year has been busy. In addition to graduating from dental school and starting his new career, Tyler and his fiancée Emily married in November. He says that the health crisis slowed his business at first, but it has picked up considerably.

When asked what advice he would give current Southeast students, he said that if possible, they should take their time and explore careers by job shadowing.

“I never would have known what I wanted to do if I hadn’t had that opportunity,” he said. “Shadowing helps give people a greater understanding of the job—far more than simply reading about it on a piece of paper.”

COLUMN
Searching for the hope