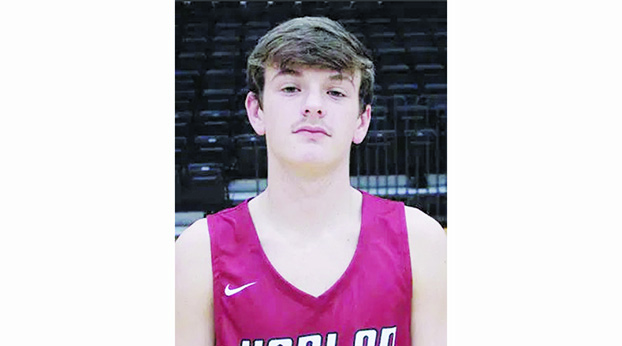 After three consecutive wins in the 2021 season, the Harlan County Black Bears routed the visiting Bell County Bobcats in a 77-46 win during a doubleheader Jan. 12.

Sophomore guard Daniel Carmical, who helped create a powerful trio with Tyler Cole and Trent Noah, knocked out four straight 3-pointers in the second quarter, finishing the game with a total 23 points.

In a physically, fast-paced game against the Bobcats, Harlan County’s coach Michael Jones was proud of how well his team played, both offensively and defensively.

“We’re trying to get our kids to communicate defensively, and we know as the year goes on, we’re going to be silent offensively. But if we can play the way we played tonight, defensively, then that makes us hard to beat,” Jones said.

As a collective group, Jones said his team will continue to improve on helping each other get to where they need to be on the court, as well as to keep up shooting how they have been.

“Carmical has the capabilities of doing that night in and night out. What I liked about it was the other players were looking for him because they knew he was hot,” he said. “That says a lot about our team that we’re not selfish. We play for each other.”

Jones said his team has to get better about rebounding the ball and guarding the dribble better.

After a hard-fought game against the Bears’, Brad Sizemore, coach for the visiting Bobcats, said the team didn’t have much success with the things they tried to do against Harlan County.

“Harlan County made a lot of contested 3s early in the game and we got behind. You have to give them credit for that,” he said. “We struggled defensively, and we also had a hard time getting close to the rim. There is a lot we need to work on.”