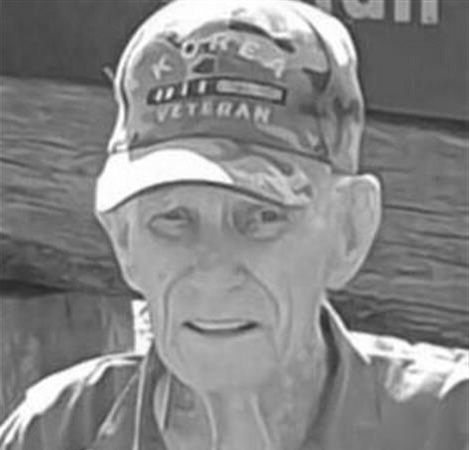 Paul Wendell Howard, 85, of Blackmont, departed this world for Heaven, on Thursday, Dec. 24, 2020. He was preceded in death by his loving wife of 60 years, Henrietta (McCreary) Howard.

He is survived by his cherished children, daughter, Paula Lynn (Wayne Sidell) and his son, Jesse William Howard. He was preceded in death by his daughters, Senora Collard Peckinpaugh and Marilyn Howard. He was blessed with 6 grandchildren, Steven (Any), and Robert (Ashley), Timothy and Gina Howard, Michael (Amy) and Matthew (Betty) Collard along with 12 great grandchildren: Eric, Kayla and Josh White, Joshua, Marcus, Landon, Ethan, Allyson, and Karsen Collard, and Devan, Bailey and Ava Collard.

He was preceded in death by his father Jesse W. Howard, his mother Rose Scott, his great grandmother who raised him, Mahala (Ealy) Howard, and his brother Carter (Pamela Ann) Howard.

Dad proudly served in the United States Air Force during the Korean War. When younger, he was an active member of the VFW Post 680 Bluegrass Chapter. He was a freemason in Masonic Lodge 964, Zoneton, Ky. He was an active member of Blackmont Baptist Church but often attended services at Calloway Baptist Church. Final goodbyes can be said at Arnett & Steele Funeral Home, Pineville, KY from 11:00 AM to 1:00 PM on Friday, January 1, 2020 followed by a brief service officiated by Ben Mitchell and David Howard. Family only burial will follow at Upland Cemetery.

Arnett & Steele Funeral Home and Cremation Center, Pineville, which is honored to serve the Howard Family. Light a candle of remembrance and sign the guest register at www.arnettsteele.com.