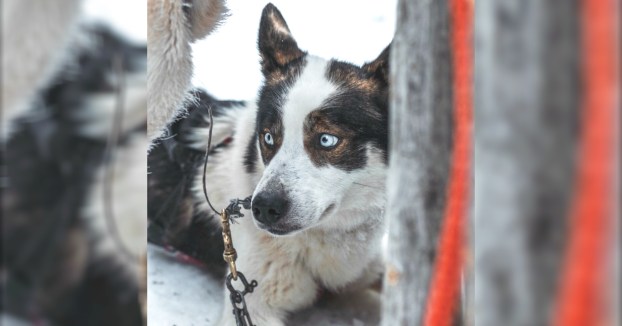 Dec. 21 marked the first day of winter in Harlan County and across the nation, making it that much more important to keep your pets safe from a decline in temperatures.

“A big problem is that people don’t really realize how long they are leaving them outside,” Witt said. “Their paws are just skin and a lot of dogs don’t have fur on their paws, so it can easily turn into frostbite, especially with the temperatures we have around here.”

Fugate said when a pet is left outside for a prolonged period of time in low temperatures, it can trigger or worsen pre-existing conditions, noting heart problems as a major contributing factor.

Witt explained antifreeze also acts like a sugary substance to dogs, who will ingest the liquid by licking it off the ground where a spill has potentially occurred.

“They’ve taken a lot of things that were poisonous to dogs out of antifreeze, but it can still make them sick by crystalizing in their liver,” he said. “When a dog ingests antifreeze, they don’t want you to induce vomiting. We’re not vets, so we can’t give medical advice, but a lot of people think you want to induce vomiting but you really don’t.”

Fugate explained by inducing vomiting, the harsh chemicals in antifreeze can actually damage the dogs’ esophagus. She noted a vet will use activated charcoal that absorbs the poison and causes them to vomit without damage to them.

The two also warned against placing blankets inside outdoor enclosures for feral cats, which can actually freeze to the blanket and ultimately cause sickness or death.

“If you get a cat with a health condition or sickness, that will also stick to those blankets and be passed on to others that come in contact with it,” Witt said, adding straw is the only thing that should be used for bedding.

Fugate said from an animal control standpoint, winter makes live-trapping harder and unsafe to use when helping catch animals in need.

“Another big thing is people with swimming pools that don’t cover them,” Witt said. “When a dog or cat gets into a pool with the temperatures like they are, they are going to go into shock. It’s the same with really deep snow too. A lot of the time it’s fatal for them.”

The two said pets who are dumped will also die a lot faster in winter weather than if they are taken to the shelter for safety.

“They think they’re getting a puppy, but they don’t understand it’s a 10-12 year commitment,” Witt said.

From January to February, Fugate and Witt said many pets will be dropped off on the side of the road, some in boxes or bags.

“A couple months ago, there was a box that had been set out on Highsplint Lake bridge that had puppies in it. Thankfully, one of the road garage guys saw the box and checked it,” Witt said. “Another person set a puppy out in a bag and someone seen it rolling around on the road.”

Another issue is when people drop animals off at the animal shelter gate, where the dog or cat can easily get onto the road or into the road department garage where heavy equipment is used. Witt and Fugate said in case of an emergency, local police departments are able to dispatch animal control when it is after hours of the shelter.

To drop off an animal to the shelter, Fugate said their doors are open Monday through Friday from 9 a.m. to 1 p.m.

“The biggest payment we get out of our jobs is when you can get an animal out of a situation where they are in danger,” Witt said.

RedRover, an organization formed in 1987, pulled together this list of winter safety tips for pets, which both Witt and Fugate said are very important to keep in mind:

FRANKFORT — Leadership Kentucky proudly congratulates the BRIGHT Kentucky Class of 2020 on its November graduation held in Hazard. The... read more