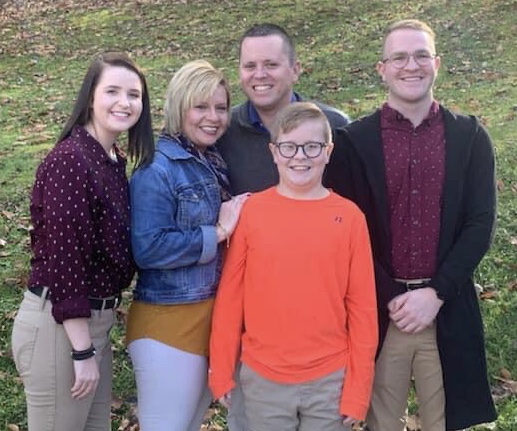 Judge-Executive Dan Mosley was unable to provide his weekly update Monday night after his wife Stephanie tested positive for the coronavirus and strep throat earlier in the day.

“She developed some mild symptoms Sunday evening and was not well at all when she woke up today (Monday), with a cough, body aches, a sore throat and her eyes were burning. Although not running a fever, she has felt feverish,” he said in a Facebook post to locals.

Mosley said he and their children all tested negative for the virus and have not had any symptoms but will remain in quarantine to follow CDC and state guidelines.

“Our family has taken all of the precautions we can to avoid this virus. We wear our masks in public. We sanitize our hands frequently. We don’t gather in groups and did not participate in any holiday gatherings other than with our own household this year,” he said. “This virus is spreading fast and still impacting folks just like Stephanie who has taken all precautions seriously throughout this pandemic.”

Mosley said they are taking recommendations seriously, taking every precaution they can, and at the end of the day, “ask God to protect us from it and if we do catch it, give us the strength to beat it.”

“We’ve just got to keep pushing through this until the time that we can be vaccinated. I certainly pray Stephanie’s symptoms subside soon and she recovers from this virus like so many of you have,” Mosley said.

The Harlan County Health Department updated locals Monday evening via Facebook, stating 11 new cases were confirmed, bringing the county’s total to 1,467. There have been 28 deaths reported in Harlan as a result of the virus.

Gov. Andy Beshear also announced Monday there were 1,455 new cases in Kentucky, bringing the state’s total to 258,517. There were also eight new deaths reported for the state, bringing the total number of deaths to 2,563.

While Christmas Eve and Christmas Day looked like a winter wonderland throughout Harlan County and the rest of the region,... read more