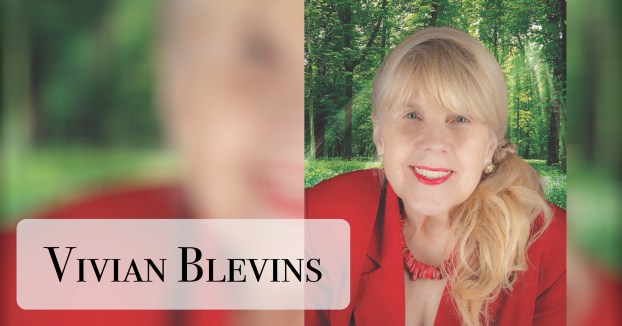 BLEVINS: Some vaccines have arrived

With the arrival of the Pfizer vaccine for COVID-19,  questions are being asked: “Should I take it or not? Should I wait for the Moderna vaccine? Should I wait to see how  those who’ve taken it in the U.K. are faring? Should I pay attention to all the messages on Facebook? (African American author Roxanne Gay recently chastised actor Letitia Wright for sharing misinformation via a video about vaccines and COVID-19: “Thinking for yourself doesn’t mean you’re right. Promoting anti-vaccine propaganda and shrouding it in intellectual curiosity is asinine. And dangerous.”) Will my family  physician’s advice be reliable? What if I don’t have a family physician? What if all of this is a political stunt, a scam? Am I better off by just having the disease? If I get vaccinated, will I still need to wear a mask, practice social distancing, and wash my hands frequently? If I’m careful,  can I gather with friends and family to celebrate Christmas and the upcoming new year?

And then there are the millions who are anti-vaccine, and those of us who look to science for answers want to know why those skeptics would think that way whether it’s about  the MMR vaccine (a deadly resurgence of measles when we thought it was a thing of the past0 or COVID-19. President Trump, whose behavior has been rather cavalier about COVID for months, recently began pressuring to get the Pfizer vaccine in the arms of American as the daily death rate  in the U.S. exceeds 3,000 and the total death rate will soon be 300,000.

Anti-vaccine forces have always been in play in America for a variety of reasons from religious to distrust of government and health care. Many, however,  will have weeks or months to make a decision on the vaccine according to where they stand in the hierarchy. And, of course, there is disagreement concerning what that hierarchy should look like.

Those engaged in research have indicated which U.S. populations are reluctant to be vaccinated. Those of us who have studied American history are familiar with the infamous 1932-1972 Tuskegee Syphilis Study in which approximately 600 impoverished African American sharecroppers, some healthy, and some with latent syphilis, were promised  health care in exchange for participating in a study conducted by the U.S. Public Health Service and the CDC.  The subjects were given placebos, not medicine. Even after penicillin became known as a cure for syphilis in 1947, the “study” continued as subjects suffered a variety of ailments from blindness to death and passed the disease on to sexual partners and at times to the offspring of those relationships.

The “study” was finally halted and participants and some of those impacted were awarded 10 million dollars (51.8 million in dollar value in 2019). Following this debacle, Congress established a host of regulations/standards for government-sponsored projects and their participants.

My most recent familiarity with abuse of African Americans in health-care situations came in 2010 when I read The Immortal Life of Henrietta Lacks by Rebecca Skloot. African American Mrs. Lacks, 31, was suffering from cervical cancer and was admitted to Johns Hopkins Hospital in  1951, one of the few hospitals to admit African Americans. She died, but her cells were passed on to researcher Dr. George Geys who discovered that unlike sample cells with which he had been working which died quickly, Lacks’ cells doubled every 20 to 24 hours.

Web site hopkinsmedicine.org/henriettalacks/  indicates that Lacks’ cells, now called HeLa cells, “are used to study the effects of toxins, drugs, hormones, and viruses on the growth of cancer cells without experimenting on humans.” The questions arise from this incident, however, questions without definitive answers about privacy, consent, and profit.

Without statistical data, we know that some in the African American population suffer  from  a lack of credible health care while the affluent often get quality health care. We have seen examples of this with President Trump’s treatment for COVID-19 and that of others.

You might believe that those who don’t earn quality care don’t deserve it. My sense is that regardless of your moral/ ethical  positions , a pragmatic position is that a  healthy nation is a better nation, a safer nation, a nation equipped to meet the challenges that we face as we move ahead in this century.

A recent Pew study  found that 86% of Americans believe “there is some kind of lesson or set of lessons for mankind to learn from the coronavirus outbreak, and about a third (35%) say these lessons were sent by God.” What have you learned, and  what informs those lessons?

In conclusion, the question about taking the vaccine can only be answered by you. I  choose to roll up my sleeve for the vaccine and return for my follow-up injection as scheduled.

THE NEW DEALER: Our Governor is not the enemy, COVID-19 is

By TJ Hensley The New Dealer We are now in the tenth month of the coronavirus pandemic, which has changed... read more