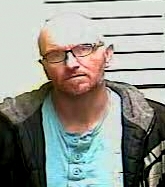 A man was recently arrested in association with a rape case from 2017, after Kentucky State Police Post 10 in Harlan was called to Pineville Hospital.

Leading the rape investigation, Trooper Josh Messer spoke to the 30-year-old female, who told him she was having pain in her pelvic area and believed Jeff Stevens, 44, had sexually assaulted her while she was asleep on Sept. 21, 2017.

Pineville Hospital collected evidence from the victim. Stevens was also made aware of the allegations against him, and Messer collected DNA from him for the investigation.

On Nov. 9, Messer was told the DNA from the victim and Stevens matched, and a warrant was obtained for Stevens’ arrest on Saturday.

Stevens was charged with first-degree rape and lodged in the Bell County Detention Center on a $10,000 full-cash bond.

Adam Thomas, 42, of Closplint, allegedly signed contracts using signatures of other fire department members and converted more than $10,000 from Upper Cloverfork Fire Department for personal use and personal gain over a two-year period.

Thomas was arrested and charged with three counts of second-degree forgery and theft by unlawful taking (over $10,000). He was lodged in the Harlan County Detention Center.

Most of KY in ‘red’ category, Harlan incidence rate at 48.9

With most of Kentucky in the critical category on the state incidence map for COVID-19, Judge-Executive Dan Mosley asked locals... read more