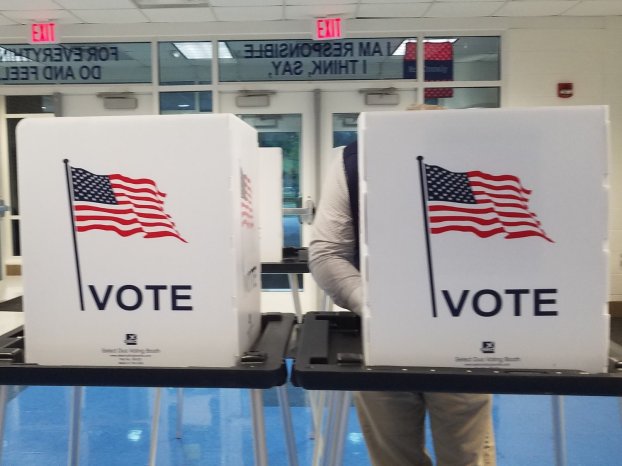 Kentuckians can do early voting for the next three weeks. (Kentucky Today file photo)

While the deadline has passed to request an absentee ballot by mail for the November general election, Tuesday marked the beginning of the three-week early voting period in Kentucky.

In-person voting will last for 19 days, which includes the next three Saturdays but not Sundays, for every county in the state.

Early voting is one of the four ways Secretary of State Michael Adams has worked with Gov. Andy Beshear to allow voters to participate easily and safely during the COVID-19 pandemic. They included no-excuse absentee balloting, early in-person voting, election day voting and modifying the photo ID requirement when voting in person.

“When’s a good day to vote in-person? Today – and so is tomorrow, and the day after. This year you’ve got 19 convenient days to vote in person,” Adams said.

For those who have not yet returned their mail-in absentee ballot, they must be postmarked by Election Day, Nov. 3, and received in the county clerk’s office by Nov. 6. Drop boxes are available for Kentuckians to return their mail ballots if they are concerned about postal delays. County clerks have determined those locations.

Unlike absentee voting in normal elections, no excuse is needed for early in-person voting. Anyone can vote early for any reason.

For those who prefer to vote on Election Day itself, county election officials decided on those locations, as well as the number of sites, which required the approval of the State Board of Elections, secretary of state and governor.  In addition, every county will have at least one voting super-center, where everyone from the county can go to vote, regardless of his or her precinct.

Although the General Assembly approved legislation requiring a photo ID to vote, Kentuckians who were unable to get a driver’s licenses or photo ID due to the pandemic because their clerk’s office was closed, or because they were afraid of exposing themselves to COVID-19, can sign a document explaining this concern and still cast their ballot at their polling location.

To find out early voting and Election Day locations in your county, since there will be fewer than normal sites, visit govoteky.com and click on polling locations, or contact your county clerk.

Jeep lovers got together over the weekend at the Black Mountain Jeep Fest in Cumberland, where awards were given for... read more