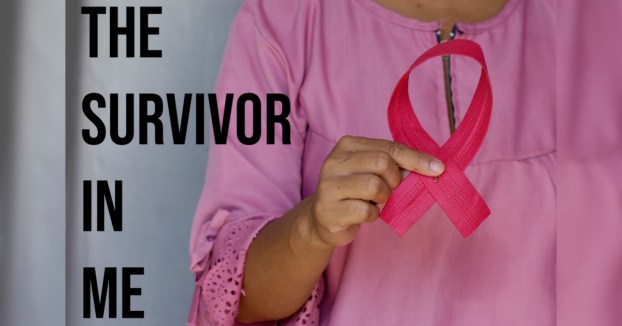 The Survivor in Me: Evarts local fought breast cancer twice and won, says God gave her power to battle on

(Note: This is part two of a four-part series. For part three of The Survivor in Me, don’t miss next week’s edition.)

When Sue Fletcher, an Evarts local, was first diagnosed with breast cancer in 2005, she was in shock.

In 2008, however, her breast cancer returned with more fear as she thought “this can’t be happening to me.”

Fletcher said the first time she was diagnosed in 2005 after a routine checkup, she cried often and was worried how she would make it through such a rough time in her life, where fatigue and nausea were common.

“I took chemo, which made me very sick and burnt my hair out,” she said as she remembered back to her stage one diagnosis. “It’s a journey you have to go through and you have to face, although family surrounds you, you have to deal with your own emotions because you’re thinking ‘I’m gonna die, I’m gonna die.’”

She said she is grateful one of her doctors in Knoxville told her not to make a fast decision that a lot of doctors try to pressure people into. Instead, Fletcher said it helps to slow down and think things through before making a decision.

Years later, in 2008, Fletcher’s cancer returned to her other breast, which was later found to be estrogen-fed. The mass was first discovered in another checkup, but she went to a doctor’s office in Knoxville, for a second opinion, which found it was only scar tissue.

A few checkups later, the mass was discovered and confirmed as breast cancer through a mammogram.

Doctors began Fletcher’s treatment with MammoSite, which is a type of targeted radiation therapy, also known as brachytherapy.

The targeted therapy delivers a high dose of reaction from inside the body through “seeds” that are placed in the body and removed after a short period of time. MammoSite is an outpatient procedure for breast cancer patients.

Eventually, Fletcher had surgery to remove the second lump in her breast, which she believes doctors caught early.

“To tell you the truth, I prayed the first time, and I prayed the second time, and the Lord brought me through,” she said. “If it wasn’t for his grace, I wouldn’t be here.”

Fletcher said through the long, powerful journey, God gave her the strength she needed to get through her fight with breast cancer, and she gives him the glory for it.

“When you’re going through the word ‘cancer,’ you think it’s a death sentence and it’s really not, in some cases,” she said. “I feel like, as Billy Graham said, if I died, I would just take my last breath here and the first breath in glory. You’ll be safe either way if you have the Lord in your life.”

Fletcher said to anyone going through their battle with breast cancer, she goes back to her Christian roots in Philippians 4:13, where the scripture says, “I can do all things through Christ who strengthens me.”

“It’s not that we’re picking what we’re going through, it’s our trials and tests here on Earth. If we look up and keep our eyes on the cross, then we can pull out of it. If we don’t, then we’re in better hands anyway because our trial has ended,” she said.

Fletcher said she hopes anyone who is experiencing breast cancer for the first time, or even another test in their life, does not give up and will continue to “run the race.”

Festival of the Mountain Masters in the works

While the coronavirus pandemic continues into October, work to ensure community safety is a top priority for the organizers involved... read more