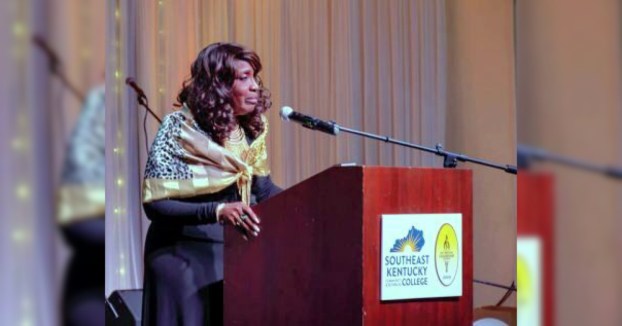 ‘We all loved her’ – Harlan County mourns loss of Dr. Carolyn Sundy, SKCTC Vice President of Diversity and Inclusion

Locals across the community are mourning the loss of Dr. Carolyn Sundy, who was vice president of diversity and inclusion at Southeast Community and Technical College.

“Southeast Kentucky Community and Technical College has lost one of its most beloved family members. Dr. Carolyn Sundy passed away during the early morning hours. Carolyn has been a trusted friend and source of wisdom throughout my many years at the College. Since becoming president, I have valued her support, kindness and honesty beyond measure. I loved Carolyn. We all loved her,” Adams’ post read.

A Harlan native, Sundy made it her life’s mission to make Harlan County, and southeastern Kentucky as a whole, a better place.

Although she fought through a number of illnesses, like cancer and progressive liver disease, Sundy made sure everyone had a seat at her table, giving each the same opportunity to make the most of themselves through her leadership and motherly character.

“I’m saddened and shocked to hear of the loss of this incredible champion for the Appalachian region,” said Harlan County Judge-Executive Dan Mosley. “Dr. Sundy gave her all to everything she was involved in. Whether it be the Annual MLK Diversity Breakfast, the East Kentucky Leadership Foundation or one of the programs she cherished at Southeast, her impact on our part of the world has been monumental. Prayers today for her family, church family and extended family at Southeast. We all miss her very much.”

District 3 Magistrate Paul Browning III said Sundy had always presented herself as if everything were perfect, noting he had no idea she had really been sick.

“She was for everyone. A champion for everyone,” Browning said. “In the world, whether you were nobody or somebody, you were the same person to her. She wanted everyone to be the absolute best version of themselves that they could be.”

Browning said Sundy had a motherly love about her. She could be tough on someone and push them hard to achieve their goals, but no one ever thought she was being mean.

He said she would give her signature smile and say, “You know you can do better than that.”

“I can’t think of anyone who didn’t like her,” he said.

To Sundy it was all about teamwork, Browning said. Although she would never try to take the spotlight on anything she worked on, Sundy’s leadership took events to a place no one could have ever dreamed.

“She would alway be like, ‘I don’t know why in the world they picked me to do this. Of all the people they could’ve picked, why they picked me, I don’t know. But I know I can’t do this by myself, that’s why you’re here. We can do it together.’ Whether it was the truth or not, you didn’t care, you just wanted to help her achieve whatever she was working on,” Browning said.

While the Tri-City community has lost one of its pillars, Browning said, he can’t help but think of how everyone has pulled together during this time of loss to dedicate themselves to keeping Sundy’s legacy alive, influencing others as she once did.

In lieu of flowers, Sundy’s children have asked for contributions to set up a scholarship in her name to help underrepresented minorities and women.

A funeral is planned for Saturday at Greater Mt. Sinai Baptist Church in Lynch, with a viewing being planned for Friday at the SKCTC Cumberland campus.

She also served on statewide boards, including the Appalachian Regional Healthcare Board of Trustees, Kentucky State Board of Proprietary Education, African American Heritage Council (governor appointed) and the Eastern Kentucky Leadership Executive Board.

Sundy has successfully written grants and assisted with grant writing, receiving funding over the years for millions of dollars. She has received awards from KABHE for leadership, KAEOPP for dedication and leadership, the President’s Award from the Tri-City Chamber of Commerce, Harlan County Woman of the Year, Bell County Race and Education Annual Community Citizen Award and the 2014 Berea College Service Award.

Retiring as Kentucky’s longest-serving TV news anchor, Barbara Bailey will be remembered for years to come as Sept. 25 was... read more