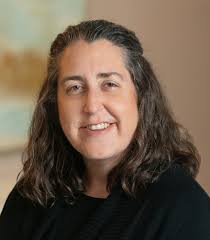 As Congress returns to Washington, Senate Majority Leader Mitch McConnell has an opportunity to advance sensible, meaningful legislation that acknowledges housing affordability and availability as central to economic recovery, social equity and a more stable, prosperous life for every American.

From 2000 to 2015, the country built 7.3 million fewer homes than were needed to meet housing demand.

Half of American renters, disproportionately black, are cost burdened, spending more than 30 percent of
their gross paychecks on rent.

In Kentucky, two-thirds of our lowest income neighbors are spending more than 50 percent of their income
on housing.

As we have warned our congressional delegation, housing insecurity is on the rise and the housing shortage
and affordability crisis continues to worsen as supplemental unemployment and other safety net supports have expired.

Prior to the onset of the novel coronavirus, Kentucky was already short 75,000 affordable rental homes avail-
able to our lowest income Kentuckians, according to research from the National Low Income Housing Coalition. Locally enacted restrictive zoning and discriminatory land-use laws in every corner of the U.S. make it nearly impossible to build enough housing. Often, these laws lock out low-and moderate-income Kentuckians from opportunity-rich neighborhoods with amenities, transit options and jobs.

Fortunately, Congress can act to help communities invite new housing of all types by passing the Yes in My Backyard (YIMBY) Act (H.R. 4351).

The YIMBY Act does not mandate or condition funding on the enactment of any specific policy. Rather, it is an entry point for federal, state and local governments to collaborate to catalyze home production and re-
verse historical housing inequities.

Despite passing without opposition in the House of Representatives in early March and having bipartisan
sponsorship in the House and Senate, the YIMBY Act has not received a vote in the Senate.

As the Senate reconvenes this month, we urge McConnell to use his authority as Majority Leader to pass the YIMBY Act and increase housing choice here in Kentucky.

Adrienne Bush is the executive director of the Homeless and Housing Coalition of Kentucky.

By Judith Hensley Contributing columnist In an ordinary year it is time for Friday night lights, college football and NFL... read more