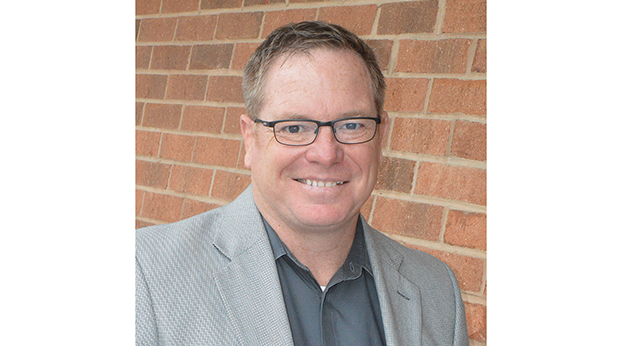 Kevin Smith is the new publisher of the The Harlan Enterprise.

Smith has 25 years of experience in several different media segments. He started selling billboards for Adams Outdoor, and has been in the newspaper industry for the last 13 years.

His newspaper career began in his native Michigan, where he started as a retail zone manager for the Lansing State Journal in Lansing, Michigan. He worked his way up to ad director, overseeing two daily newspapers (The Niles Daily Star and Dowagiac Daily News) as well as three weekly papers (The Cassopolis Vigilant, Edwardsburg Argus, and Off the Water). His work for these newspapers was for Boone Newspapers, the same group that owns The Harlan Enterprise.

From there, Smith worked his way up to the West Central Tribune in Willmar, Minnesota, where he oversaw advertising operations for a daily newspaper and two weekly papers. He also worked on the corporate side, building up the digital portfolio of marketing products for those newspapers.

In 2017, Smith moved to Lynchburg, Virginia, where he oversaw three daily newspapers (The News & Advance, The Danville Register & Bee, and The Martinsville Bulletin.)

In addition to The Enterprise, Smith will also serve as publisher of The Advocate-Messenger (Danville), The Jessamine Journal (Nicholasville), The Interior Journal (Stanford), The Winchester Sun and The Middlesboro News, as well as The Claiborne County Progress in Tazewell, Tennessee. All of these publications are operated by Boone Newspapers, Inc.

Smith has plans for The Enterprise and said he looks forward to helping the newspaper continue to serve Harlan County.

“I see four goals for The Enterprise. First, community involvement. I want us to be visibly in the community, to be a champion for the community, and a watchdog giving people the news and letting them know how it affects them,” he said.

His other goals include having the newspaper serve as a multimedia news source, using its digital presence to deliver news in print, video, and whatever the community needs to be informed about local happenings.

“I also want to provide our business owners with marketing solutions that will help them make their cash registers ring,” Smith said, adding that he wants to provide the community with a news company that is here to serve the community for years to come.

Smith and his wife Sandra have four children and one grandchild. His children are Abby, who is mom to his granddaughter, Lauren; Easten, who is a sophomore at Texas Tech; Peyton, who just graduated from New London-Spicer High School in Minnesota, and Avery, who is a seventh-grader at Linkhorne Middle School.