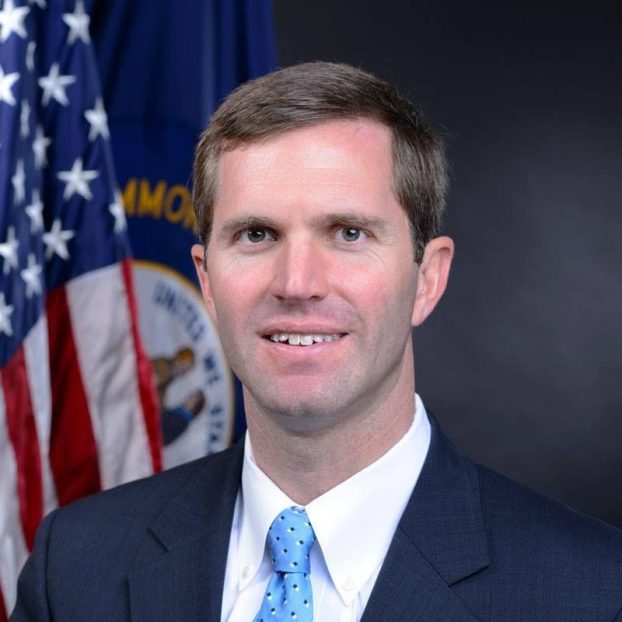 Gov. Andy Beshear announced in his daily briefing on Monday that he would not overturn the Kentucky High School Athletic Association’s proposal to allow fall sports to officially begin Sept. 7, with the first football game taking place Sept. 11.

“Let me start by saying we’re not going to overturn that decision, and it’s not because I think it’s a good decision or a wise decision,” Beshear said. “But if we’re going to defeat this virus, we need people other than me all over Kentucky taking responsibility to make good and wise decisions.

“I have concerns, and I think Dr. (Steven) Stack will share his, that by starting with some of the most high-contact sports, we risk a shortened season, we risk, what I think can be successful plans to get our kids back in school, that we risk every other sport that’s going to follow.”

Beshear said decisions cannot be made about what is best for others from his office, but will be incumbent on superintendents, coaches and different groups to make the wisest decisions that they can.

“One thing that I’d set the stage for is the SEC, which is moving ahead with fall sports, did delay them until after the start of what our school would be, and for every athlete in a high-contact sport, they are testing them three times every week — two PCRs and one rapid test,” he said.

Beshear asked programs preparing to open up to stop and think about testing their athletes and if they are doing everything possible to keep players and coaches safe, putting them first.

“We’ve hit a new plateau, but if we take off from this level, it gets out of control much more quickly,” Stack said. “I hope that in Kentucky we can be more successful with youth sports than other places, but the outlook is not good. There’s a lot we don’t know about this disease. We don’t know some of the more silent but really serious harms that this disease causes.”

KHSAA said fall sports will be restricted to 7.5 hours of practice during the first week, with full practice allowances beginning Monday, Aug. 31. Officials said they will produce a specific calendar for football acclimation and preparation for the first competition week.

“Our board strongly believes in the tremendous psychological advantages formed through the relationships between our student-athletes and their school coaches and school personnel, as well as the strong community values surrounding interscholastic, education-based athletics,” said KHSAA Commissioner Julian Tackett. “College and professional sports are great, but our unique opportunity to build relationships with our neighbors within one state is not one we take for granted.”

Tackett said he and other leaders feel comfortable with how they are managing and planning to combat a COVID-19 outbreak compared to other leagues and levels. He said he believes there is a “strong likelihood of positive outcomes when (play is) led by our school representatives.”

“In the coming weeks, we will continue to push for the citizens of our state to come together and drive down our data points to where everyone is more comfortable going forward throughout the school year in partnership with our schools,” he said. “It is very easy and shows visible support for interscholastic athletics by adhering to the three public health obligations – always wear a mask or face covering, social distance as recommended and proper hand washing.”

According to a press release from KHSAA, the board approved adjustments to the postseason format in soccer and the schedule in football, moving the start of the soccer postseason to Oct. 12 in order to condense the first three rounds into two weeks. Each round of the football postseason was pushed back a week, with the first round games now scheduled for Nov. 13-14 and the finals set for Dec. 11-12. Football teams have the option to add an additional regular-season contest Nov. 6-7 for a maximum of nine regular-season games.

With the regular season window shortened for fall sports, the board approved a modification to Bylaw 23 (Limitation of Seasons) for 2020-21, removing the allowance for interscholastic scrimmages while adjusting the number of permissible contests in each of the fall sports as a result of the new starting date: cross country (9), field hockey (16), football (9), soccer (14) and volleyball (24).

Schedule travel restrictions were put in place by the board, as member schools will only be permitted to play schools located in Kentucky or located in a county that directly borders Kentucky until further notice, as stated by KHSAA.

Limits were also placed on players in uniform in regular season interscholastic competition to match current region and state event limits as such: cross country (10), field hockey (24), soccer (24) and volleyball (15) per contest. A limit was placed on football, as well, with 60 players being permitted to be in uniform.

KHSAA approved a motion that all districts that have voted to seed will be reduced to a one-game seed plan until further notice. If teams play multiple times, the first game played shall be counted as the seeded game. Seed games unable to be played directly related to COVID-19 will be handled per the board’s July action and the staff was directed to intercede and resolve contest disputes.

For more information regarding KHSAA’s plan for fall sports, visit their website at www.khsaa.org.

Local teams to mark 100-year anniversary of football in county

By John Henson Contributing writer If football is played this fall, Harlan High School will mark a 100-year anniversary. The... read more